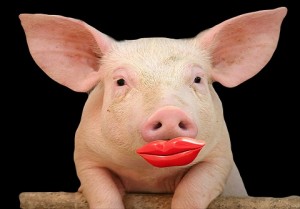 Lipstick on an apartheid pig.

Via EFE in Fox News Latino:

An experiment launched last year by the Cuban government to facilitate the distribution of farm products and reduce prices for consumers has not met expectations, Communist Party daily Granma said Friday.

“Preliminary results have not had, so far, a positive impact on consumers’ wallets,” according to the newspaper.

The reforms started on a trial basis in the western provinces of La Habana, Mayabeque and Artemisa, where farmers were allowed to sell their produce at markets – bypassing intermediaries – and prices were set by supply and demand.

An official at the Domestic Trade Ministry told Granma that due to the absence of a culture of buying and selling, participants “misinterpreted the so-called agreed price.”

Instead, the official said, “produces are imitating the prices set by stores.”

Cuba’s farm production grew 17 percent in the first half of 2014, but is still inadequate, according to the Agriculture Ministry.

Some experts say that lowering production costs could help to solve the problem.

Changes in Cuba’s agricultural sector are among reforms promoted by President Raul Castro to “update” the island’s socialist economic model.

Increasing food production is considered a matter of national security, as the country imports 80 percent of the food it consumes. EFE