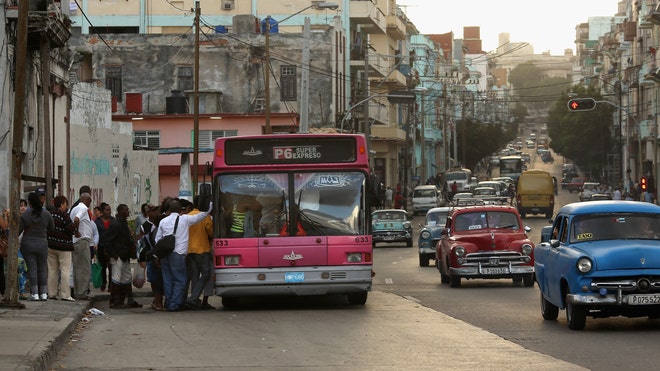 Given America’s obsession with lists, and President Obama’s lifting of travel restrictions to Cuba, I thought it would be useful to offer my “top ten” reasons on why you should visit Cuba now:

10. You support President Obama and his policy of throwing lifelines to crumbling dictatorships…and you hope to visit Tehran next.

9. You enjoy a bargain. As the average Cuban worker is required to work for the government, at about $20 a month, your tropical tan will come cheaply.

8. You like visiting countries with little tourist infrastructure and where basic sanitation is frequently tested by outbreaks of cholera. You also look forward to possible infection by the debilitating Chikingunya virus, now officially confirmed on the island.

6. You enjoy the challenge of trying to figure out what your dollar is really worth as the government sets the exchange rate for the tourist-oriented Cuban Convertible Peso (CUC$) at 1:1 (plus a currency exchange fee of 3 percent). If you try to exchange U.S. dollar bank notes for CUC$ you’ll be clipped another 10 percent. The rest of the country uses the deeply discounted Cuban Peso (at about 25 to the dollar). Got that?

5. You’re into sexual tourism … but you’re on a tight budget. Sadly, the island’s poverty forces thousands of young people to sell their bodies cheaply in order to support themselves.

4. You’re a history buff and want to see what a failed experiment in Cold War communism and building a “workers’ paradise” looks like.

3. You’re a huge fan of dystopian science fiction and want to see what a dark, decaying future might look like. Havana’s crumbling architecture is straight out of the Life After People television series, albeit with people still in the picture.

2. You’re dying to post pictures of yourself on Facebook standing next to 1950s era automobiles. You also want to bring home mediocre cigars, cheap rum and a Che Guevara t-shirt to impress your friends with your avant-garde adventuring.

1. You don’t really care about human rights or democracy and the fact that your dollars will prolong the survival of a brutal regime responsible for murdering thousands of its citizens, imprisoning tens of thousands more and tearing a society apart. It’s much more important to be a shallow – but trendy – hipster visiting the latest buzzworthy destination.

Raúl Mas Canosa is a healthcare executive and a frequent commentator on radio, television and digital media. The opinions expressed are strictly his own. He can be reached at rmas@mba1986.hbs.edu