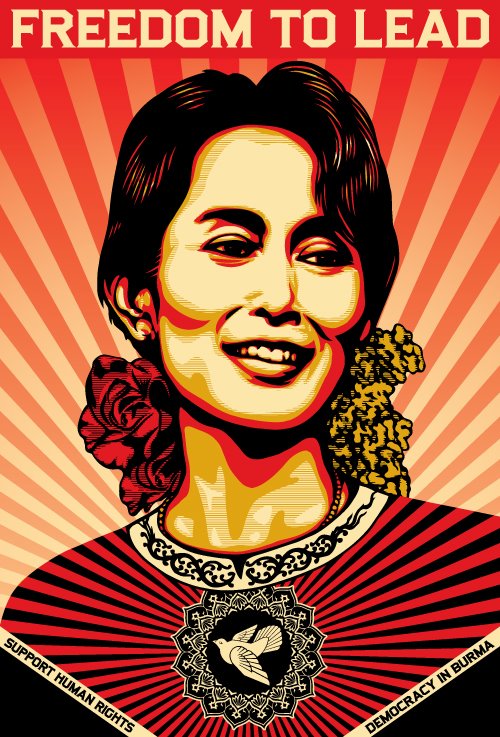 A failing engagement with Burma

PRESIDENT OBAMA has based his foreign policy on the notion that it is better to “engage” than confront hostile nations and that such diplomacy should encourage gradual reforms, rather than revolution or regime change. The results of such outreach to Cuba and Iran are not yet in, but his administration continues to tout Burma as an example of how his strategy can work. There, a once-isolated military regime freed political prisoners and allowed its opposition to participate in a parliamentary election while being showered with U.S. economic and political concessions, including two visits by Mr. Obama. As recently as last month, the State Department’s top official for Asia, Daniel Russel, said Burma could be a model for North Korea: “Change in North Korea does not need to be regime change, as the example of Burma shows,” he said.

Kim Jong Un might well take a lesson from Burma, but North Koreans ought to hope that he doesn’t. What its record currently shows is that a dictatorship can reap the economic and political benefits of detente with the United States while offering only token political concessions. More than two years after the administration lifted sanctions on Burma and began providing it with nearly half a billion dollars in aid, the military regime continues to persecute minorities, imprison journalists and repress peaceful dissent while defending a constitution that bans the country’s most important political leader, Nobel laureate Aung San Suu Kyi, from becoming president.

During his last visit to the country, in November, Mr. Obama set five tests for measuring whether the transition from authoritarianism “has been fully realized.” The regime is failing all of them. It has not, as the president urged, moved to remove the constitutional ban on Ms. Suu Kyi. Instead of negotiating a cease-fire with ethnic rebel groups, it has escalated military operations against them. Mr. Obama urged fair treatment of religious minorities, but the regime is preparing new discriminatory laws. It is proceeding with a vicious campaign to deny rights, including voting rights, to the Muslim Rohingya minority.

Another of Mr. Obama’s tests was “basic issues of freedom and personal security,” such as the treatment of journalists and protesters. The result can be found in a Feb. 25 statement by the United Nations’ human rights high representative, Zeid Raad al-Hussein, who cited the jailing of 10 journalists and numerous peaceful protesters before concluding that the regime “seems intent on creating a new generation” of political prisoners. An ongoing crackdown on students only strengthens that judgment.

The generals are planning to stage an election this year, but it will not be the “fair, free, transparent election” Mr. Obama called for. Because the military is allocated 25 percent of the seats in parliament, the ruling party can retain power by winning only 34 percent of the elected seats. Ms. Suu Kyi is weighing whether to boycott the vote. If she does, the political process could collapse, but the alternative is legitimizing a facade of democracy over continued military rule.

Having rushed to lift sanctions as part of his engagement strategy, Mr. Obama now lacks leverage. The administration watches passively as the regime does the opposite of what the president called for. It’s a humiliating spectacle — and one that should give pause to those who believe that Mr. Obama’s variety of “engagement” will get results with other dictatorships.