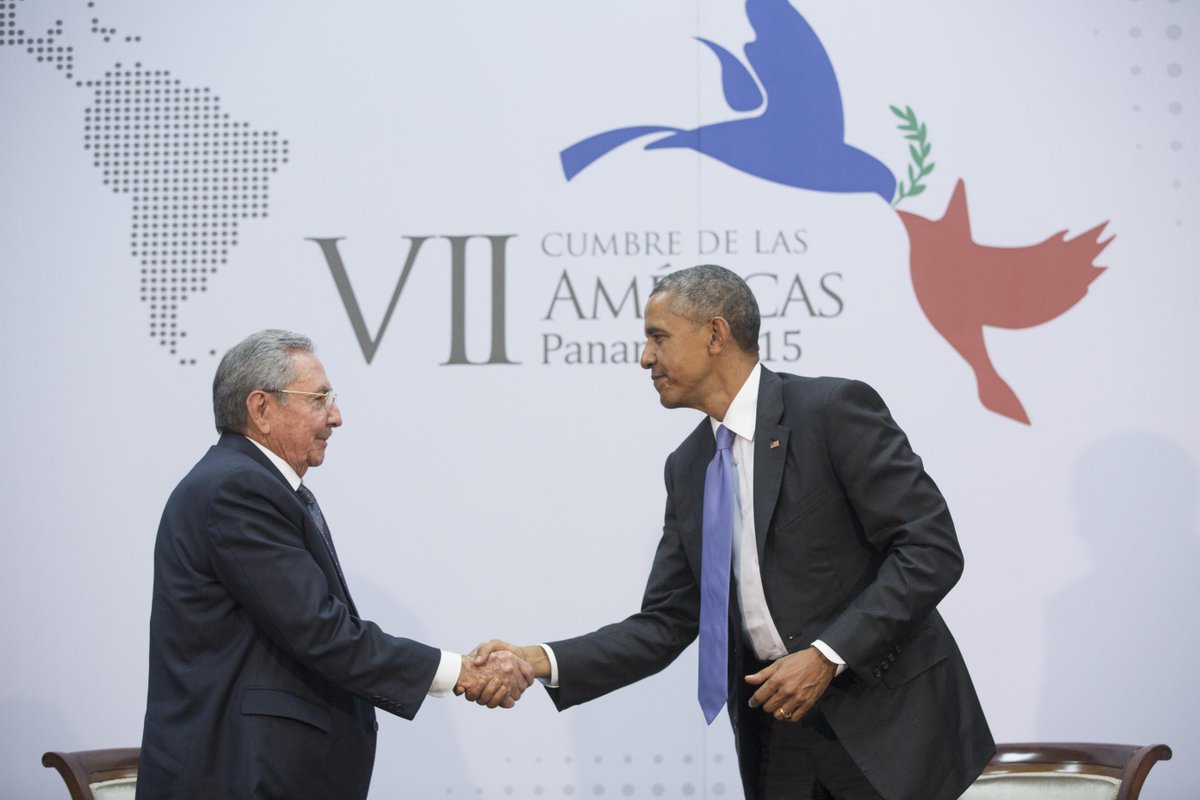 "We are now in a position to move on a path towards the future." —President Obama on #CubaPolicy pic.twitter.com/mrJP1MsuG4

The White House proudly tweeted a photograph of the handshake between President Obama and the 83-year-old despotic ruler who rules Cuba’s brutally repressive apartheid dictatorship. According to Obama, his meeting with Raul Castro at the Summit of the Americas heralded the end of the past in terms of Cuba policy and the beginning of a new journey into Cuba’s future.

According to President Obama, he has seen Cuba’s future. And that future involves an island run by an octogenarian dictator who leads the same totalitarian,  half-century old blood-thirsty apartheid regime that has ruled Cuba with an iron fist since 1959. In Obama’s estimation, the future of Cuba is filled with more more repression, more lack of freedom, and more imprisonment and assassinations of dissidents.

If that future sounds familiar to you that is because it is exactly like Cuba’s past.