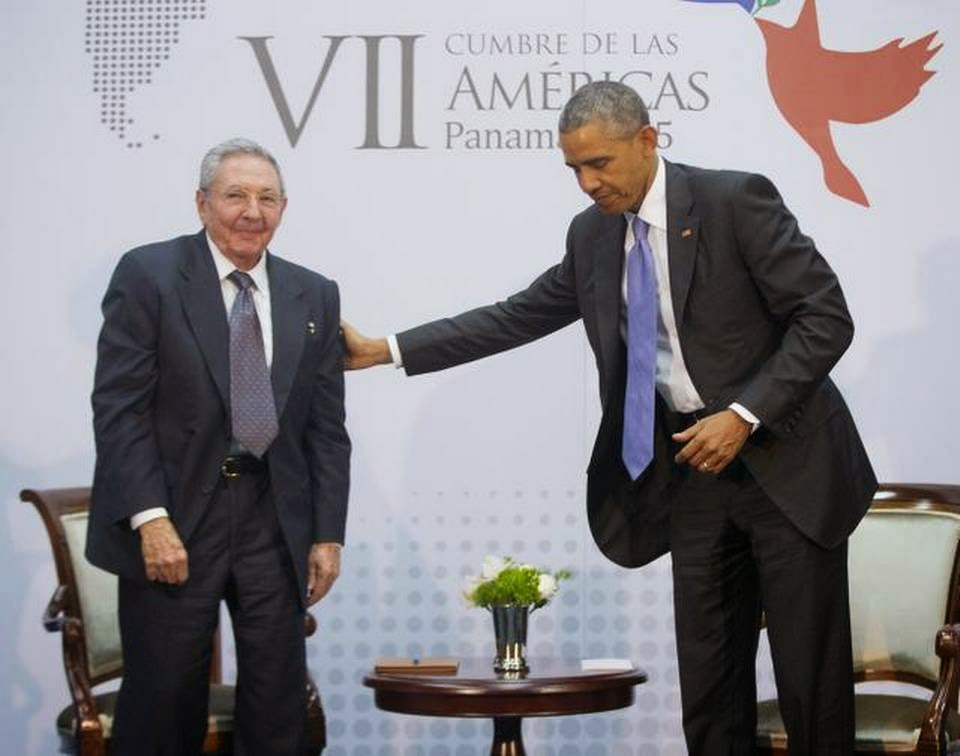 During yesterday’s Summit proceedings, leaders of the Americas were each given eight minutes for remarks.

They all followed this rule — except Cuban dictator Raul Castro. Instead, he took it upon himself to speak for nearly one hour.

Of course, we all know this about dictators. Well, most of us do.

But also concerning were some of the messages sent in Obama’s own remarks.

— For Obama, some past events are more relevant than others.

“The United States will not be imprisoned by the past,” said Obama at the Summit. But then a few paragraphs later emphasized, “just a few weeks ago, I was in Selma, Alabama celebrating the 50th anniversary of a march across a bridge that resulted in horrific violence.”

Unfortunately, the horrific violence faced by the Cuban people — courtesy of Raul Castro — is not a thing of the past. It’s something that is very present. It was even exported to the Summit in Panama.

The tens of thousands of Cubans executed, hundreds of thousands perished in the Florida Straits and the millions exiled, deserve more respect.

— For Obama, the future is an octogenarian dictatorship.

“We are now in a position to move on a path towards the future,” said Obama after meeting with Cuban dictator Raul Castro.

How is meeting in private with an 83-year old brutal dictator moving towards “the future”?

— For Obama, you uphold democracy by allowing democratic commitments to be violated.

“We will continue to uphold the Inter-American Democratic Charter,” said Obama.

Except it apparently does’t apply to the Cuban people, as the U.S. now seeks to normalize relations with the sole remaining dictatorship in the Western Hemisphere.

Moreover, the Obama Administration already acquiesced to violating the “democracy clause” of the Charter by accepting Castro’s participation in the Summit, despite its dictatorial governance.

— For Obama, the Cold War is an excuse to overlook current misdeeds.

“The Cold War has been over for a long time. And I’m not interested in having battles that, frankly, started before I was born. What I am interested in is solving problems, working with you,” said Obama.

With Cuba, like with Russia, Obama has an unhealthy obsession with the Cold War. He’s the one that constantly brings it up as a talking point.

The fact is that Cuba’s tyranny, Russia’s aggression, North Korea’s lunacy and China’s expansionism are current (and tragic) realities of the 21st century.

These can’t simply be wished-away by referencing the Cold War.