By Spyridon Mitsotakis in Breitbart:

When Will Cuba End Its ‘Internal Embargo’? 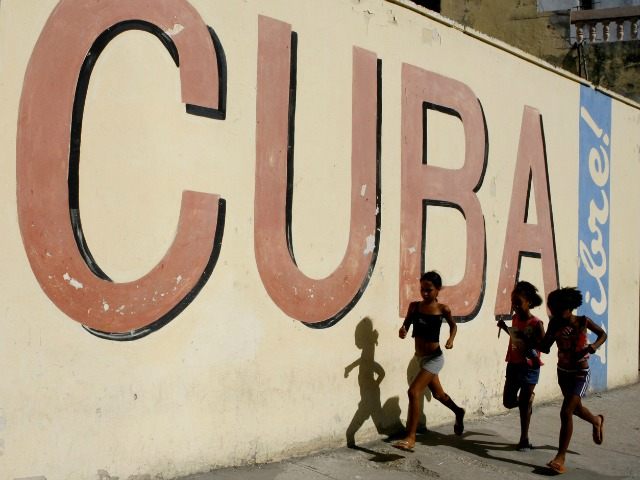 When I travelled for two weeks in working class areas of Cuba last year, a Cuban worker explained to me that while they hear endlessly from the government about the “American embargo against Cuba,” the real problem is the “internal embargo”—the embargo that the government elite has imposed on the Cuban people to keep them from participating in the economies of the elite and the outside world.

The internal embargo is so complete that, not only is there physical separation from the elites, but there is even a separate currency. The Cuban people use the Cuban Peso (CUP), whereas the government elite and the tourists use the Cuban Convertible Peso (CUC). The CUC is worth 25 times the value of the CUP, and the nation’s tourist areas, luxury restaurants, and other attractions for foreigners will not accept Cuban pesos, effectively keeping the native population out. The Cuban government also uses the two currencies to make it more difficult for Cuban workers to keep more of their money; Cuban workers employed by foreign companies, for example, are only allowed to keep 8% of their salaries once they are converted into CUP.

In the cities, the people live in squalor, while the elites look down on them from balconies like feudal overlords or prison guards. In the countryside, the people must travel to work on foot (often barefoot) or in hot crowded buses where nothing but the engine is working and have to endure military checkpoints, almost as if they lived under a foreign occupation. The only successful part of the Cuban economy—the tourism sector—is off limits to ordinary Cubans. There is literally a wall separating the Cuban people from the beaches, where the (mostly Canadian) tourists have the white sand all to themselves. On the other side of the wall, the people have nothing.

Access to information is completely controlled so that the only sources of news are the 8-page Communist Party newspaper, Granma, the youth branch of the Communist Party’s newspaper, Juventud Rebelde, or the government news stations. The resort areas, at least, have access to CNN. (Although, when I was there for 3 days, all CNN talked about, 24 hours a day, was the missing Malaysian Airliner—so I had to continue to rely on the Communist newspapers.)

There were even separate medical facilities. The clinics for foreigners were absolutely pristine. I did not get to visit a clinic or hospital for the Cuban people, but the conditions were indicated to me by a nurse who asked if we had extra bed sheets to spare, because they were dealing with an outbreak of cholera (a disease that had not been seen in Cuba for over a century).