The Editorial Board of The Wall Street Journal:

Another Gift for Castro

Obama takes Cuba off the U.S. terror list. The U.S. gets a lecture. 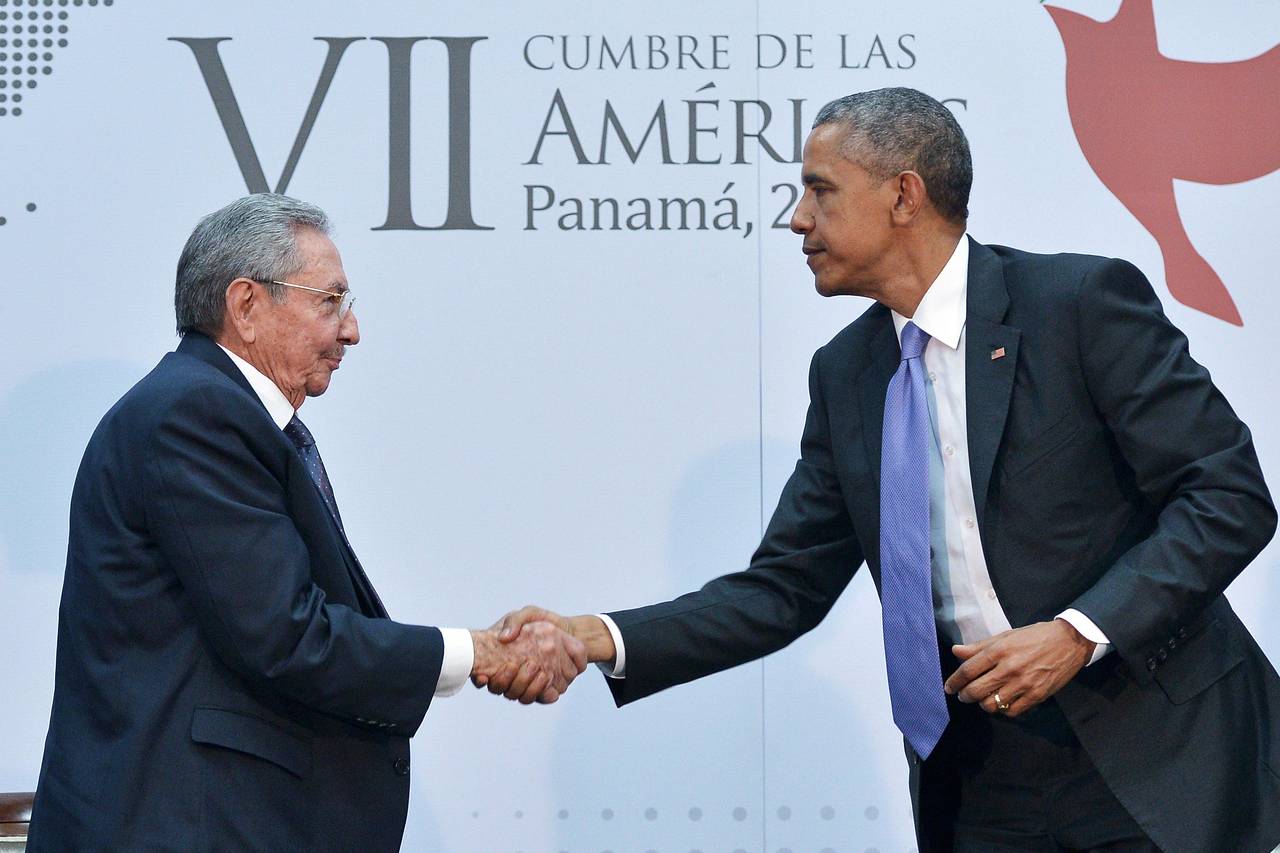 President Obama continued his so far unrequited courtship of Fidel and Raúl Castro on Tuesday by removing Cuba from the U.S. list of state sponsors of terrorism.

The decision, following Mr. Obama’s weekend meeting with Raúl in Panama, certifies that Cuba had provided no support for international terrorism for the past six months. The certification adds that “the Government of Cuba has provided assurances that it will not support acts of international terrorism in the future.” Well, that’s certainly reassuring.

The reality is that Mr. Obama’s decision to remove Cuba was never in doubt. The State Department review was going through the motions. Raúl has made delisting a condition of normal diplomatic ties, as well as the presidential visit to Havana that Mr. Obama covets before he leaves office in 2017.

However, that doesn’t erase such realities as last month’s request by Spain’s foreign minister that the U.S. use its opening to Havana to obtain the extradition of two members of the Basque terrorist group ETA, one of whom is wanted in connection with a plot to kill former Colombian President Álvaro Uribe.

A revealing view of Havana’s links to terror was offered in a 2012 interview in Spain’s El País newspaper with Julio Antonio Alfonso Fonseca, a Cuban diplomat who spent 15 years as his country’s liaison to ETA before he defected. “Everything relating to ETA depends directly on Fidel,” he told the paper.

Though Fonseca acknowledged that Raúl took a dimmer view of the group, he also noted that Havana had repeatedly lied about its connection to ETA. “The question remains,” asked the paper, “as to why Fidel Castro allowed some ETA members to leave the island and return to their terrorist activities; why did he consent to comings and goings of fugitives from Spanish justice.”

An Administration less eager for photo-ops and symbolism would have used its leverage over the terror list to help U.S. allies in Madrid. It might also have got answers about the 2013 discovery by Panamanian authorities of a secret Cuban arms shipment to North Korea, violating a U.N. embargo. That deal involved 240 metric tons of weapons, two MiG jets, 15 plane engines, and 10,000 tons of sugar, presumably to sweeten the bargain.

Then again, Mr. Obama’s Cuban diplomacy has been one unreciprocated offering after another, from December’s pledge to normalize relations to the global legitimacy he bestowed by meeting Cuba’s dictator to this free terror pass. So far Raúl has returned the favors by praising Mr. Obama personally while condemning U.S. foreign policy.

Cuba’s other prerequisite to restoring relations is that Mr. Obama return Guantanamo Bay. Don’t be surprised if the President’s lawyers are inspecting the terms of the U.S. lease.

1 thought on “Another gift for Castro: Obama’s unrequited courtship of Cuba’s aparheid dictatorship”