Mike Gonzalez in The American Interest:

The Worst of All Possible Cubas

Three distinct patterns of transition out of communist rule exist: Russian, Chinese, and East European. The new American policy dooms Cuba to the worst of the lot. 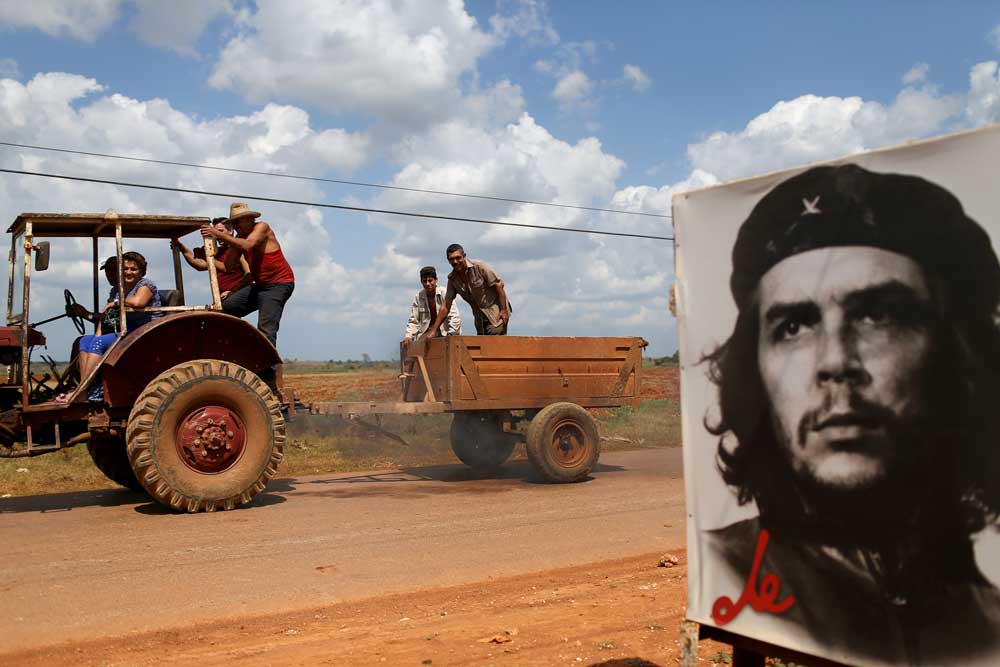 President Barack Obama’s decision to recognize Raúl Castro’s government seems destined to produce exactly the type of post-Castro transition in Cuba that would be most inimical to American interests. It paves the way for a takeover by a military oligarchy-turned-business class that exists only because it has shown unswerving loyalty to the Castro family and its anti-American communist cause. It tilts the future of Cuba’s political economy toward a well-known post-totalitarian type: authoritarian kleptocracy.

Generally speaking, there are three recognized models of transition out of communist totalitarianism. The first is the Russian model of kleptocratic chaos, which has led to the rise of a strongman in Moscow whose claim to fame is stability. The second is the Chinese model, which is much more ordered, but comes at a price: the continued suppression of political and individual freedom. The third is the East European model, in which the people were allowed to vote communists out of office and, in many if not all cases, to hand power to formerly harassed dissidents.

In the instances of the first two models, members of the old nomenklatura have remained in the halls of power, where their mixture of autocracy at home and anti-Americanism overseas has continued to marinate. The transition has been from communism to something more akin to fascist corporatism, albeit without the ideological pretensions of the mid-20th-century examples. It is only in the third model that, for all its fits and starts, we have seen the greatest degrees of economic and political freedom emerge from totalitarianism. Only in Eastern Europe are there examples of countries that have gone through an outright break from communism and transitioned to democracy and free markets. Unstinting U.S. support for dissidents and persistent denunciation of communist oppression played key roles in the collapse of the system and in the pre-transition rise of the opposition.

President Obama has clearly dimmed Cuba’s prospects for Option Three by granting recognition and deeper economic ties to the Castro regime in exchange for zero concessions on human rights or democratic reforms. No Helsinki “basket three” here; no help for the formation of alternative elites and pro-democratic civil society movements. The generals who control different sectors of the economy, and the technocrats who work for them, have suddenly seen their chances to succeed Fidel and Raúl Castro vastly improved.

It may be tempting to conclude that it was not Barack Obama who may have consigned Cuba to a Russian or Chinese future but history itself that relegated the island to the Russian or Chinese model of transition. For those who succumb to this temptation, Cuba is so like these countries already that it is almost bound to follow one of their paths. But if we consider the pertinent parts of Cuba’s half a millennium of history, we would find that it is at least as disposed to politicaland economic freedom as Poland, Lithuania, or Slovakia. That is why Cubans who dare speak their minds are dismayed that a U.S. President would have made such a move.

Cubans who dare speak their minds are dismayed that a U.S. President would have made such a move. They accuse Obama of betrayal. They also understand that repression may now be extended for decades.Clearly, the President and members of his Administration don’t see things in these terms. They believe they have placed a bet in favor of Chinese-style, piecemeal reforms at the cost of abandoning regime change. This much is demonstrated by the fact that the Administration is seeking to repeal the U.S. law that conditions lifting the embargo on the restoration of civil rights to Cuban society.

Academics at U.S. universities and think tanks who have long urged warm relations with the Castro government also support this course. In fact, many of them have for months and in some cases years worked closely with the technocrats of the Cuban regime to help them prepare for this moment. Many of these U.S. academics turn up their noses at the Cuban opposition and its dismay at Obama’s policy.

With the Administration and the academy dominating the Cuba narrative, few Americans realize that President Obama has in effect strengthened the hands of the communist generals and their accountants. American commentators (as well as a couple of Republican Senators who should know better) have been repeating the facile cliché that “communism will not able to survive an onslaught of McDonald’s and American tourists”—a somewhat tamer version of the traditional soft-power formula of “sex, drugs, and rock and roll.” There are plenty of examples, however, of lands that have been littered for decades with fast-food eateries and hipsters from Brooklyn, yet remain under the control of Communist Party apparatchiks (think China and Vietnam). And nobody has yet addressed the foreign policy consequences of a transition in Cuba that favors a Chinese or Russian model over an East European one.

Not all is lost, however. The presidential campaign ahead provides an opportunity to educate the American people. To do that, we must understand what each model has wrought in other countries.

1 thought on “The worst of all possible Cubas”