If you ever got the impression that “Liberation Theology” sounds a lot like communist propaganda, you were right. 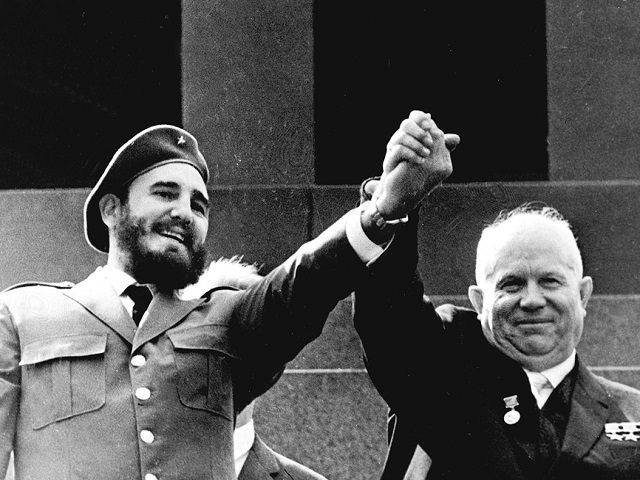 In a startling new interview, a 3-star general and former head of Communist Romania’s secret police who defected to the United States in 1978, claims that the Theology of Liberation was the creation of the KGB, who exported it to Latin America as a way of introducing Marxism into the continent.

Ion Mihai Pacepa has been called “the Cold War’s most important defector,” and after his defection, the Romanian government under Nicolae Ceausescu placed two death sentences and a $2 million bounty on his head. During the more than ten years that Pacepa worked with the CIA, he made what the agency described as “an important and unique contribution to the United States.”

He is reported in fact to have given the CIA “the best intelligence ever obtained on communist intelligence networks and internal security services.”

“Liberation theology has been generally understood to be a marriage of Marxism and Christianity. What has not been understood is that it was not the product of Christians who pursued Communism, but of Communists who pursued Christians,” Pacepa said in a recent article. In his role as doctrinal watchdog, Cardinal Joseph Ratzinger called liberation theology a “singular heresy” and a “fundamental threat” to the Church.

In 1959, Sakharovsky went to Romania together with Soviet Premier Nikita Khrushchev, for what would become known as “Khrushchev’s six-day vacation.” According to Pacepa, Khrushchev “wanted to go down in history as the Soviet leader who had exported communism to Central and South America.” He chose Romania as his point of export, since it was the only Latin country in the Soviet bloc and provided a logical liaison to Latin America because of the similarity of language and culture.

Pacepa claims that the Theology of Liberation was not merely infiltrated by the KGB, it was actually the brainchild of Soviet intelligence services.

“The movement was born in the KGB, and it had a KGB-invented name: Liberation Theology,” Pacepa said.

According to the General, during those years, the KGB had a penchant for “liberation” movements, and a Theology of Liberation fit right in.

Pacepa said that Liberation Theology was born of a 1960s top-secret “Party-State Dezinformatsiya Program” approved by Aleksandr Shelepin, the chairman of the KGB, and by Politburo member Aleksey Kirichenko, who coordinated the Communist Party’s international policies.

The program mandated that “the KGB take secret control of the World Council of Churches (WCC), based in Geneva, Switzerland, and use it as cover for converting Liberation Theology into a South American revolutionary tool,” Pacepa said.