Activist Rosa María Payá keeps pressure on the Cuban government, who she says killed her father. 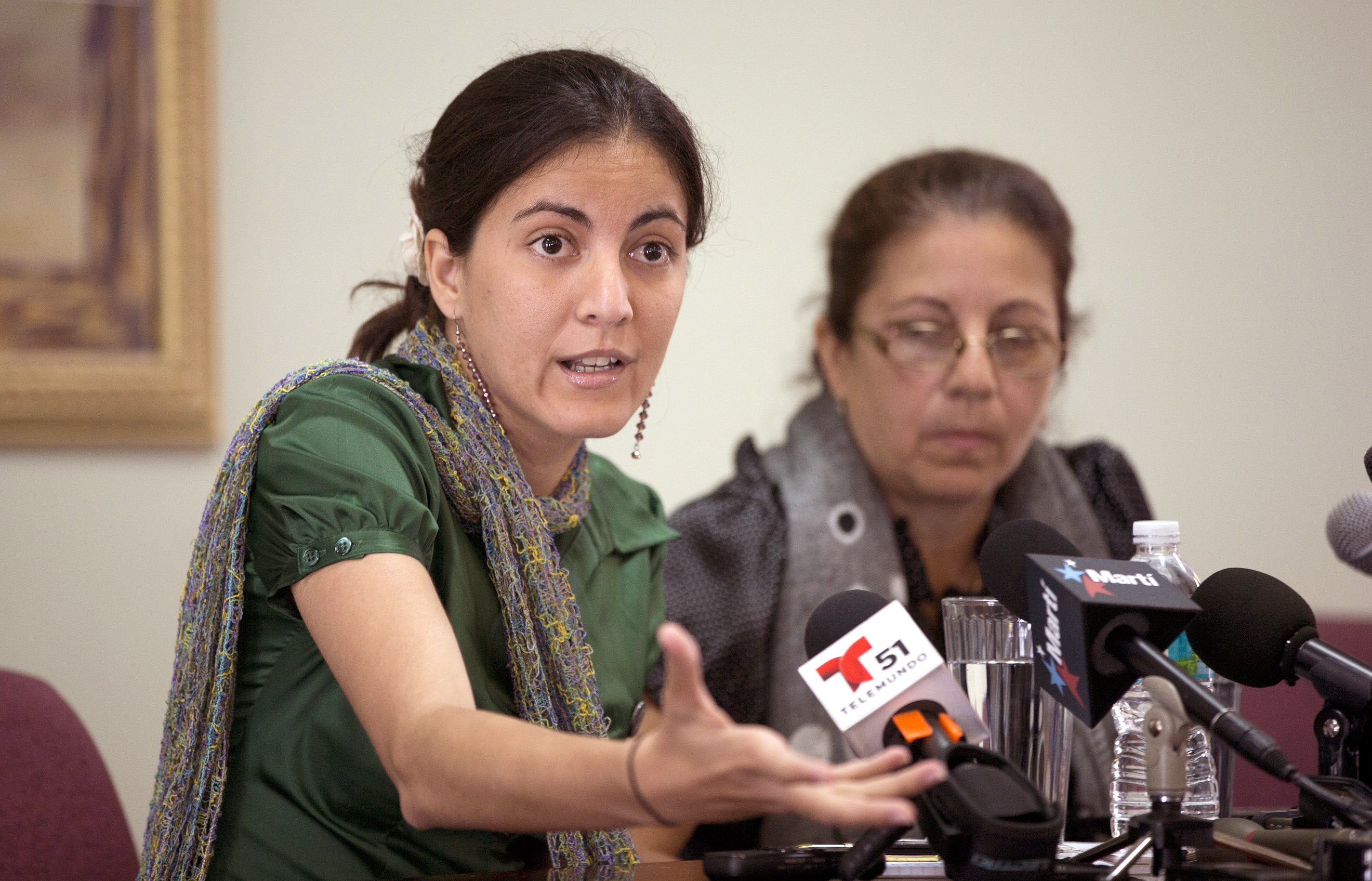 Panama’s security forces had been on the lookout for Rosa María Payá.

One of Cuba’s most well-known dissidents, Payá traveled to last month’s Summit of the Americas, where President Obama and Cuban President Raul Castro met – marking the first meeting between U.S. and Cuban leaders in more than 50 years. She was there to promote Cuba Decide, a citizen initiative that would let Cubans vote on what reforms they would like in the island nation through a plebiscite.

But on her arrival at the airport, she was met at the door of the airplane by Panamanian security officials and taken into custody and searched.

“You’re going to be deported to Cuba if you cause trouble or start carrying a banner,” an agent told her. “Go back to your country to cause trouble.”

Payá was released hours later after being searched, and the Panamanian government later called her detention a “bureaucratic mistake.” But the episode and the ensuing news coverage highlighted what a high-profile figure Payá has become. In February, Payá was Sen. Marco Rubio’s guest at President Obama’s State of the Union address–a move intended to emphasize the Florida Republican’s dissatisfaction with the White House’s overtures to the Castro regime.

Payá’s influence stems in part from her biography: she’s the daughter of Oswaldo Payá, a well-known Cuban dissident and founder of the country’s Christian Liberation Movement. Sardinas died in 2012 in the eastern Cuban province of Granma in a mysterious car crash. The Cuban government has said the crash was an accident. Paya, who now lives in Florida, says the car was rammed by another vehicle and forced off the road. She says the Cuban security services are responsible for his death.

Global Journalist’s Phoebe Seston recently interviewed Payá by phone and e-mail about the government’s efforts to silence her and the challenges of building a democracy movement in one of the world’s last Communist states.

Global Journalist: What problems did you face when you lived in Cuba?

Payá: My family and I have faced our whole lives the lack of human rights and self-determination that all Cubans face… with the consequent economic damage.

I say that, because the extension and generalization of poverty has also been the symbol of the so-called Cuban Revolution. In addition [we] have faced the repression of the Cuban state security, who threatened to kill my father for years and ended his life.

The members of the state security of the Cuban government visited [me and my brothers’] school, to intimidate our teacher and our friends, to isolate us. [They] put microphones in our house and physically persecuted my brothers in the city, especially after the death of my father. They even called us to say “I’m going to kill you.” They have tried to defame us by publishing threats and lies on Cuban National TV and abroad on the Internet.

GJ: Why is this fight so important to you?

Payá: It is very important for me to continue the fight of my father, because the legacy that he left is a path that we the Cubans could use to start a real transition process..a transition that has to be peaceful and just.