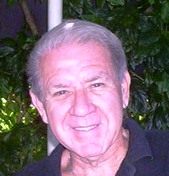 A few years back, in one of the many failed initiatives of Cuban socialist commerce, there was an attempt to promote the sale of items for which there was little demand. The  term coined to describe this was venta convoyada, or “joint sale.” Three different items (a deodorant, a machete and a roll of toilet paper for example) were bundled and sold together for one price. The items had nothing to do with each other but were sold as a unit rather than separately, which would have better served the needs of purchasers. Rather than being customers, buyers were forced to take on the role of lenders. As might have been expected, the initiative failed.

It seems this practice has been revived, repeating the same mistake, but this time with political and cultural events rather than commercial goods. For example, we have just found out that there will be a political event in support of Venezuela as well as in honor of “The Five.” (The two causes are fashionable right now.) There will be a concert marking the anniversary of a muscial group, which will also be giving it. Additionally, it will commemorate an old speech as well as the allegedly successful fulfillment of a production target. In other words, we are seeing the emergence of the “joint celebration.”

Perhaps this is because the number of anniversaries, events and people to commemorate has become so large that it exceeds the number of days in the year, hence the need to bundle them.

While not being terribly important, this initiative might well be considered one of Cuba’s greatest contributions to twenty-first century socialism. It’s better than nothing.