Behind the Pope’s Embrace of Castro

Speculation runs from a Trojan horse plan to Latin American antipathy of the U.S. 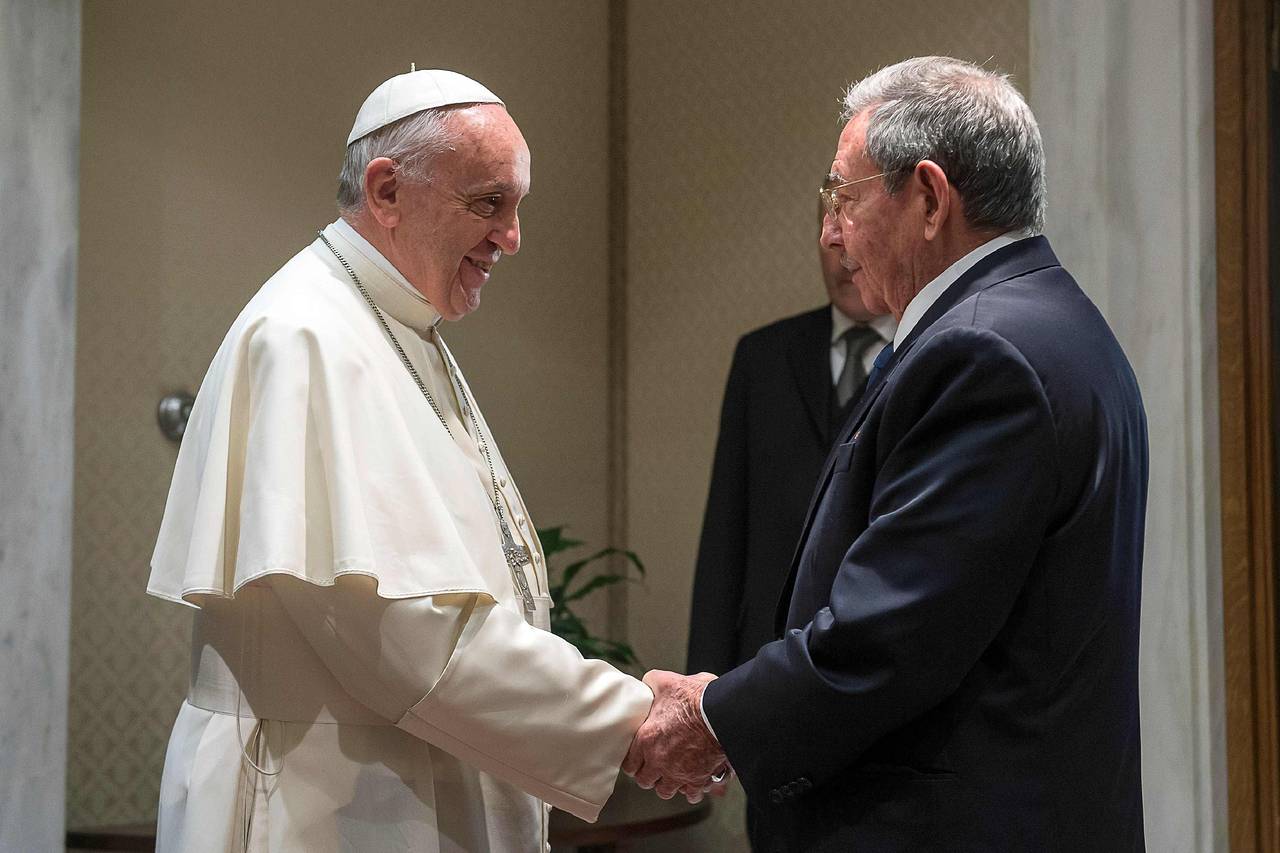 The warmth and hospitality that Pope Francis showed to Raúl Castro at the Vatican last week has baffled many Catholics—and for good reason. The dictator went to Rome for a PR boost. The pontiff obliged him.

During their encounter Castro mocked the faith with a quip about returning to the church if the pope behaved. He also mocked every Cuban refugee, dead or alive, by giving the pope, of all things, a piece of art depicting a migrant at prayer.

Pope Francis gave the dictator a copy of his 2013 apostolic exhortation titled “The Joy of the Gospel,” in which he sharply criticizes economic freedom. Talk about preaching to the converted. As Raúl put it, “The pontiff is a Jesuit, and I, in some way, am too. I studied at Jesuit schools.” No kidding.

It’s always possible that Pope Francis is hoping to get close to the regime in order to change it. Maybe he has in mind a spiritual version of a Trojan horse that once inside the gates of Cuban hell will unleash an army of angels.

With God all things are possible. But I suspect that this papal rapprochement with Castro has more mundane roots.

The Holy Father is a native of 20th-century Argentina, ideologically defined by nationalism, socialism, corporatism and anti-Americanism. It wouldn’t be surprising to learn that this influences his views toward the U.S. and the island 90 miles from its shores.

When the Cuban dictatorship lost its Soviet sugar daddy in the early 1990s, it nearly crumbled. Last year deep economic troubles again looked as if they might force change. As Venezuelan oil subsidies to Havana slowed, the rotting system teetered on the edge of collapse.

It was an opportunity for the church to show solidarity with the powerless Cuban people—or at least stand back. Instead the Vatican stepped in to help the Castros. In December we learned that Pope Francis brokered the Obama-Castro thaw, which while unlikely to spur improvements in human rights is already generating new interest in investing with the military government.

Some Catholics have tried to excuse the pope’s hostility toward economic freedom in “The Joy of the Gospel” by arguing that he grew up in a corrupt state-run economy and probably mistook it for a capitalist system. This is nonsense. Argentine statism explicitly denounces market economics.

There is another more plausible explanation for why the pope shows disdain in his exhortation for “a crude and naive trust in the goodness of those wielding economic power and in the sacralized workings of the prevailing economic system.” It lies in an Argentine sense of cultural superiority over the money-grubbing capitalists to the north and faith in the state to protect it.

Mexican historian Enrique Krauze traces this to an intellectual backlash against the U.S. after the Spanish defeat in the Spanish-American war. Examples he cites in his 2011 book “Redeemers” include the Nicaraguan poet Rubén Darío and the Franco-Argentine historian Paul Groussac, who both painted Americans as uncivilized beasts. According to Mr. Krauze, the southern cone—especially Argentina—also had imported the idea of a “socialism that fought to improve the economic, cultural and educational level of the poor, while generating a nationalist state.”

In 1900 Uruguayan José Enrique Rodó published “Ariel,” which emphasized “the superiority of Latin culture over the mere utilitarianism espoused” by the North. Rodó was “the first ideologue of Latin American nationalism,” and his influence spread throughout the region. “Latin Americanism, especially in the South, was also anti-Yankeeism,” Mr. Krauze writes.

Fast forward 115 years and Cuba is again a symbol of struggle between the North and the South. Many Latin American intellectuals don’t like the dictatorship but they loathe U.S. affluence and power. They know that a full-blown collapse of Cuba would likely bring back the Americans. That’s why they tolerate the status quo.

I can only speculate about the Holy Father’s Cuba views. But he is earning a dubious political reputation. In August 2014, he lifted the church’s 29-year ban on Maryknoll priest Miguel d’Escoto Brockmann’s right to celebrate Mass. The communist cleric who once served as Nicaraguan foreign minister for the Marxist Sandinistas was demoted by Pope John Paul II for refusing to get out of politics.

After the ban was lifted, Father d’Escoto rushed to denounce the late beloved Polish pontiff for “an abuse of authority.” He also declared Fidel Castro a messenger of the Holy Spirit in “the necessity of struggle” to establish “the reign of God on this earth that is the alternative to the empire.”

Last week Rev. Gustavo Gutierrez, the Peruvian who launched liberation theology, was back at the Vatican. He told journalists that the church never condemned his brand of thinking and praised Pope Francis’ views on poverty. He didn’t mention the sharp drop in Peruvian poverty since policy makers threw out his ideas. Maybe the pope will talk about it on his September trip to Cuba.