By Eduardo Herrera in Translating Cuba:

No Leader is Interested in the Rights of Cubans 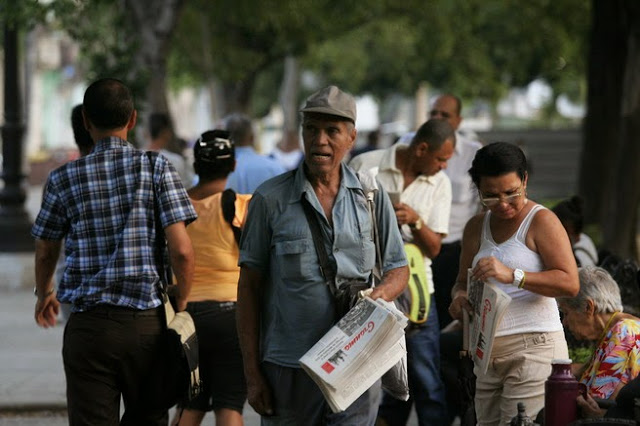 Hablamos Press, Eduardo Herrera, Havana, 16 May 2015 — In recent weeks, meetings between Raúl Castro and various heads of state have attracted the attention of national and international public opinion.

During his visit to Algeria, Castro met with Abdelaziz Buteflika, who at 78 years of age has been president of his country for 16 years. Later, Castro travelled to Russia to commemorate the 70th anniversary of the Second World War.

Throughout those days of celebration, Castro had exchanges with Vladimir Putin, with whom he committed to continuing the deep relationship that unites the Cuban Revolution with Russia.

Castro then continued on to the Vatican, where he conversed with Pope Francis and expressed gratitude for the Pope’s mediation to promote the reestablishment of diplomatic relations between Cuba and the U.S.

Raúl completed his tour in Rome, where he met with Italian Prime Minister Matteo Renzi and, during a press conference, said, “One must be respectful of others’ ideas, even when they do not coincide with ours.” He also referred to the rights of all peoples to self-determination, and to the reopening of relations with the U.S.

Upon his return to Cuba, Castro received French President Francois Hollande, whose visit had generated great expectations of demands for substantial changes in the Island’s politics and respect for civil rights. But apparently, the French leader chose to speak only about business relations.

In sum, there were many conversations with world leaders, including of democratic countries such as France and Italy.

Yet, none of these leaders has taken into account the reality of the Cuban people who, it would seem, will go on not knowing what freedom is, and unable to be happy.

Thus, a form of slavery will continue to be legitimized, even in the 21st Century.

1 thought on “Reports from Cuba: No leader is interested in the rights of Cubans”