According to Gucci, the real Cuba is not an island prison ruled by an ironfisted apartheid dictatorship that has been mercilessly enslaving millions and brutally imprisoning and assassinating its opponents for more than a half century. As far as Gucci is concerned, the real Cuba is a glamorous place where stunning models stand around a luxurious pool wearing sunglasses at night.

Introducing, Gucci’s “Havana Collection”: A taste of the real Cuba. 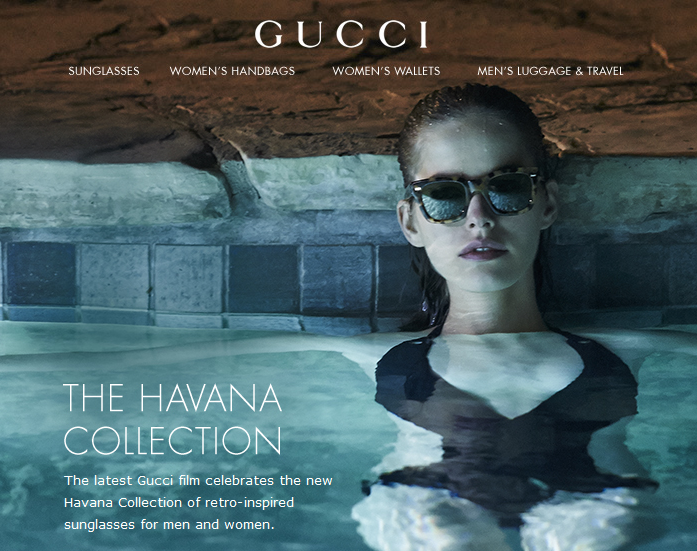 10 thoughts on “The ‘real’ Cuba according to Gucci”