When President Obama junked 60 years of U.S. foreign policy to seek a rapprochement with the Castro regime in Cuba, he was aware that he would be accused of ignoring human rights. After all, the Obama administration got next to nothing for the concessions it made to Cuba, and from all accounts did not bargain hard for more. So the administration took the line, right from the start, that its actions would help human rights in Cuba almost automatically.

The White House web page, for example, recounts the agreement with the Castro regime and then adds this:

A critical focus of these actions will include continued strong support for improved human rights conditions and democratic reforms in Cuba. The promotion of democracy supports universal human rights by empowering civil society and a person’s right to speak freely, peacefully assemble, and associate, and by supporting the ability of people to freely determine their future. The U.S. efforts are aimed at promoting the independence of the Cuban people so they do not need to rely on the Cuban state.

The President himself said this:

where we disagree, we will raise those differences directly -– as we will continue to do on issues related to democracy and human rights in Cuba. But I believe that we can do more to support the Cuban people and promote our values through engagement.

How’s that working out?

Here is some recent news, about last Sunday–one single day:

Nearly 200 Cuban dissidents were arrested throughout the island yesterday.

In Santiago, over 80 activists of the Cuban Patriotic Union (UNPACU) were beaten and arrested, including some who had been released under the Obama-Castro December 17th deal, namely Diango and Bianko Vargas Martin, and Ernesto Tamayo Guerra.

Dozens of others were arrested in the interior provinces, including Raul Borges, father of political prisoner Ernesto Borges, and youth activists from the Cuban Reflection Movement.

And renowned artist Tania Bruguera, who had her passport confiscated in December and is unable to leave the island, was arrested as she approached the Museum of Fine Arts to attend an exhibit for the Havana Art Biennial.

The returns appear to be in, and Mr. Obama is simply wrong. His “engagement” is helping the regime by reducing U.S. pressure to respect human rights and bringing it more money from tourism and remittances. And the Castros know all this–know that the administration is now set on business as usual and that they will have an even freer hand to abuse dissidents. 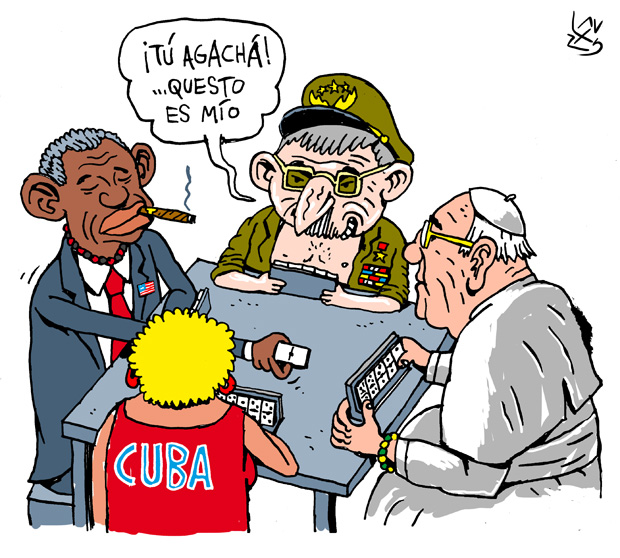