All I can say is get ready for Obama’s next round of capitulation, surrender, and appeasement to Cuba’s terror-sponsoring apartheid dictatorship for exactly nothing in return. The only question now is how much will congress allow Obama to usurp their authority and circumvent the law of the land.

Via Voice of America:

Cuba Not Off Hook, Despite Removal From US Terror List 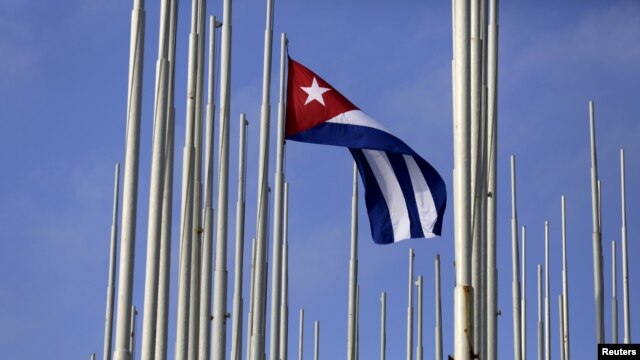 The United States has dropped Cuba from its State Sponsor of Terrorism list but the removal does not clear Havana of all U.S. embargoes and statutory restrictions.

The State Department announced Friday that Cuba had been removed from the blacklist – a designation that it shared with Iran, Syria and Sudan.

In an April statement, Secretary of State John Kerry said “circumstances have changed since 1982,” when Cuba was put on the list because of its “efforts to promote armed revolution by forces in Latin America.”

But Cuba still faces U.S. restrictions on transactions such as exports and foreign trade because of other punitive measures that remain in place.

Among them, is the Helms-Burton Act, which includes an embargo and other financial restrictions.

“It is more symbolic than it is practical in the sense that most of the sanctions that fall upon a country that is on the terrorism list already apply to Cuba because of the broader embargo,” he said.

But he said the removal was very important to Cuba, as Washington and Havana work to normalize relations.

“For Cuba, this has been a very important symbolic issue. The Cubans take offense at having been put on the list.”

The United States says Cuba’s removal from the State Sponsor of Terrorism list is separate from the ongoing negotiations between the two countries to re-open embassies and re-establish diplomatic ties.

But the designation had been a sore point for Cuba.

“It would be difficult to explain that diplomatic ties were restored while Cuba continues, unjustly, on the list of state sponsors of terrorism,” said Josefina Vidal, Cuba’s top diplomat for North America, in a January speech.