Obama’s policy of Hope and Change towards Cuba’s criminally repressive apartheid regime certainly has had profound effects across the island nation. Ever since America’s first Black president became the first U.S. leader to coddle the hemisphere’s only apartheid regime and completely surrender to their demands, Cubans are fleeing the island in record numbers. Hope and Change indeed… 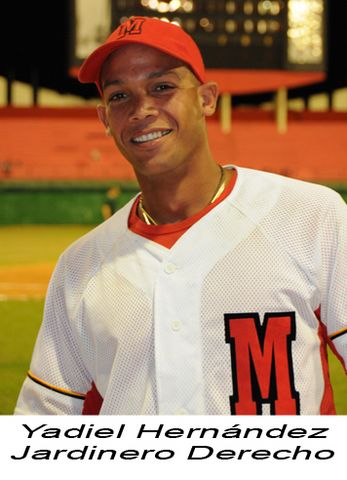 That being said, Hernandez is not a prospect in the sense we use the term for players already playing within the MLB hierarchy. He is already 27 years old and an established player in Cuba’s Serie Nacional, so it would seem that he profiles more as a near-term contributor. Because of his age and experience, Hernandez will not be subject to international spending limitations (as with countryman Hector Olivera, most recently).

Badler explains that Hernandez is a small and not overly toolsy player who profiles as a corner outfielder. That seems to be a rather unexciting profile, at least at first glance.

But the left-handed hitter has excellent on-base ability. Indeed, he slashed .369/.509/.535 over 369 plate appearances in his most recent campaign in Cuba, walking 77 times — good for a 20.9% walk rate (which is higher than all currently qualifying MLB hitters, for some frame of reference). In its full scouting report (subscription required, and recommended), Baseball America likened his overall skill set to that of Red Sox outfielder Daniel Nava.