Like North Korea, Cuba’s Castro dictatorship has made some very lofty claims when it comes to medicine and healthcare. And like North Korea, those magnificent claims are basically bullsh*t.

“Communist political violence flowed from a utopian vision of the future, from the great goals pursued, and from the intolerance the service of these ideals inspired, as well as from an intense attachment to power. The means had to be subordinated to historically unparalleled ends that require extraordinary measures.” – Paul Hollander, The Distinctive Features of Repression in Communist States 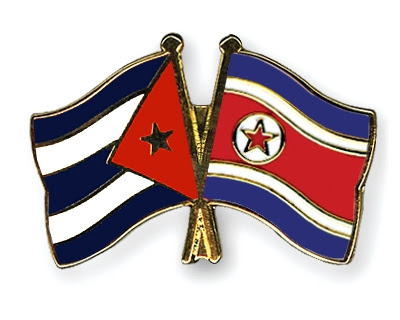 Both Cuba and North Korea are totalitarian dictatorships that have made claims of great achievements in the area of healthcare over the course of the past month.

On June 19, 2015 the regime in North Korea said that it had “created a wonder drug which not only cures AIDS, but also eradicates Ebola and cancer.”  At the same time North Korea has approximately 10.2 million North Koreans currently facing famine.

On June 30, 2015 the World Health Organization said that the regime in Cuba had “became the first country in the world to receive validation from WHO that it has eliminated mother-to-child transmission of HIV and syphilis.” This is the same regime in Cuba that tried to cover up or under report dengue and cholera outbreaks jailing doctors and reporters who warned of the outbreaks at the time in order to preserve a false image of its healthcare system. The dictatorship has not reported any new cholera cases since September 2014 but according to the Public Health Agency of Canada the government of Canada reported a case of cholera in a traveler who returned from Cuba in January of 2015. Tourists have been stuck with the bill in Cuba after contracting cholera on vacation.

When evaluating the above claims by both dictatorships it is important to recall the nature of these type of regimes. The website Boundless which seeks to provide a “cloud powered education” gives a complete definition of totalitarianism which includes the following observation:

“Totalitarian regimes stay in political power through all-encompassing propaganda campaigns (disseminated through the state-controlled mass media), a single party that is often marked by political repression, personality cultism, control over the economy, regulation and restriction of speech, mass surveillance, and widespread use of terror”

Now the claim made by the regime in North Korea was ridiculed by the mainstream press and shows that the regime is not as sophisticated in its propaganda messaging as their Cuban counterparts.

The regime in Cuba used the World Health Organization (WHO) to promote a false narrative of the Cuban healthcare system exploiting a misleading validation process which the WHO described on their website:

“As treatment for prevention of mother-to-child-transmission is not 100% effective, elimination of transmission is defined as a reduction of transmission to such a low level that it no longer constitutes a public health problem. An international expert mission convened by PAHO/WHO visited Cuba in March 2015 to validate the progress toward the elimination of mother-to-child transmission of HIV and syphilis. During a five-day visit, members visited health centers, laboratories, and government offices throughout the island, interviewing health officials and other key actors. … The validation process paid particular attention to the upholding of human rights, in order to ensure that services were provided free of coercion and in accordance with human rights principles.”