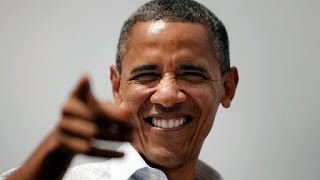 “President Barack Obama is the first president we’ve ever had who thinks he can choose which laws to enforce and which laws to ignore.” (Senator Ted Cruz, March 6th, 2014)

“It is a time to reclaim the Constitution of the United States.” (Senator Ted Cruz, March 23rd 2015.)

In brief, President Obama’s latest submission to Stalinist dictator Castro violates U.S. law, as codified by the Cuban Liberty and Democratic Solidarity (Libertad) Act of 1996 (Codified in Title 22, Sections 6021-6091 of the U.S. Code) To wit:

SEC. 201 (13) To consider the restoration of diplomatic recognition…when the President determines that there exists a democratically elected government in Cuba.

If this president has determined that there exists a democratically elected government in Cuba then we’re in worse trouble than even I thought.

“The satisfactory resolution of property claims by a Cuban Government recognized by the United States remains an essential condition for the full resumption of economic and diplomatic relations between the United States and Cuba.”

You see, in 1960 Castro’s gunmen stole almost $10 billion (in today’s dollars) worth of property from U.S. businessmen at Soviet gunpoint. They tortured and murdered a few Americans who resisted. But Castro’s KGB-trained spies (the “diplomats” ours keep rolling-over for during “negotiations) repeatedly laugh in the face of our “negotiators” when they deign to bring up the unpleasant matter of compensation for these Castroite crimes. That such compensation is codified into U.S. law as a prerequisite for diplomatic recognition does not seem to diminish the volume of the U.S. negotiators’ slobbering, or the tempo of their tail-wagging and leg-kicking when they get their bellies rubbed by the smirking Stalinist thieves.

In brief, if this president considers the spectacle of Communist thieves laughing in the face of cowering U.S. officials as a “satisfactory resolution” of property claims by U.S. citizens against those Communist thieves, then we’re in much, much worse shape than even I thought.

Our friends at Townhall help disseminate a few items not well understood outside of a few small ethnic enclaves in south Florida and northern New Jersey.

2 thoughts on “Is diplomatic recognition of Cuba even legal?”