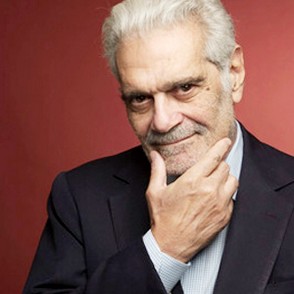 One day in the mid-sixties I was on a Pan Am 747 from London to Chicago, sitting next to my then-employer, Omar Sharif.  I was a member of the “Omar Sharif Bridge Circus,” an unlikely assemblage of professional card players from France, Italy, Egypt…and, given my presence, the United States.  We played high-stakes exhibition matches against local teams in front of hundreds of spectators.  Mostly my role was pure show-biz;  I explained what the players were thinking, told anecdotes…you know, entertainment.  Every now and then they even let me play a few hands.  Life was spectacularly good,  not least because Omar was such a good fellow, a real buddy well met, easy to be with, easy to laugh with, a very fine card player, a gambling addict, and man did he know his red wine.  And race horses.  The big downside was that no woman was going to pay me the slightest attention.

After a few hours of catching up on sleep, Omar fished a paperback out of his carryon and turned pages quite rapidly.  It was the autobiography of Che Guevara.  He had never discussed politics with me and I was surprised, but it turned out he had agreed to play Che in a movie (1969).  What did he think?  “What an idiot!”  And that’s the way he played the failed revolutionary in the film.

Omar lived between several worlds, from the Middle East to Hollywood, via bridge matches and gambling casinos (he ultimately ran up huge gambling debts and had to show up at several of them, mostly in France and Monaco, to attract other potentially big losers as a way of paying off his bills), to horse racing tracks.  He hated Middle East politics, which got in the way of his close friendships with Jews, and he wasn’t afraid to challenge the antisemites.

In 1968, he was the captain of the bridge team of the United Arab Emirates at the world championships in Deauville, France.  I was working at the tournament, and late one morning (you didn’t see him on his feet much before noon) he cornered me.  “We’re scheduled to play Israel in two days,” he said, “and I’ve just received a cable from Cairo telling me we musn’t play.”  He frowned.  “So how about you and I play a two-handed match?  I can’t ask the other Egyptians to disobey, but the government won’t do anything to me.”

The Israelis agreed, and we did it.  That was Omar.

In case you’re interested, he was a very good bridge player.  Not a great player–he was too often tempted by the chance to do something really spectacular, while the great players understood that winners let their opponents make the costly mistakes–but certainly capable of competing at a very high level.  The Bridge Circus won a lot of money, and he was a regular winner at rubber bridge.

I think he was a great actor, and I know he was a great friend, a fine man, and I mourn him, grateful for our long friendship and for the many acts of generosity he bestowed on me.

And for all the fun.  Ciao Omar, may eternity bring you even more pleasure than you gave us.

1 thought on “Omar Sharif on Che Guevara: ‘What an idiot!’”