Never Again: On the Cuban and Jewish Diaspora 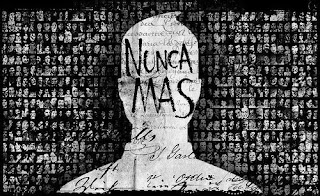 The Cuban and Jewish diaspora share much in common.

Not least of which is the wonderful ethnic and religious hybrid, endearingly referred to as Jewbans.

But most importantly, our diasporas share an unwavering devotion to freedom, democracy and to the moral resolve of — “Never Again.”

This commitment stems from the atrocities and exiles that our people have — unfortunately — had to endure.

They are also what have made our diasporas the most successful in modern history.

It is why there are so many Cuban and Jewish-American Members of the U.S. Congress, as a proportion to their population — for we cherish the freedom of political participation.

It is why our entrepreneurs are so prosperous — for we cherish the freedom to innovate.

It is why our artists and academics are so proficient — for we cherish the freedom of expression.

It shapes our foreign policy views — for we’ve learned that in the face of atrocity, the international community will not come to our rescue.

While Israel is surrounded by the hostility of its Middle East neighbors, Cuba faces the silent complicity of Latin America, which has always coddled the island’s totalitarian dictatorship.

Today, Cuba serves as “Exhibit A” of the Obama Administration’s inability to negotiate reciprocal deals with foreign tyrants. Iran is next — with Israel to pay the highest price.

Perhaps — for his next foreign policy “legacy” — Obama will adopt the hostility towards Israel of its neighbors, as he’s done with the silent complicity of Latin America towards Cuba.

Some would argue he already has.

It is why every Cuban-American elected official supports a freedom-first policy towards Cuba.

Last week, a Miami businessman attributed our views to “anger, hate and revenge.”

What a sad, low and fundamentally misguided opinion of our community.

Similar to the Jewish diaspora, our community is not guided by anger, hate or revenge — but by a commitment to freedom, democracy and the moral resolve of “Never Again.”

As David Efone, editor of the The Algemeiner Journal, explains, “‘Never Again,’ is not limited to the horrors of a particular time or place, nor by extent or methods, but rather it symbolizes the Jewish people’s collective resolve to never stand by the blood of their brethren.”

There’s no greater definition of who we are.

Tomorrow, we commemorate the 21st anniversary of a tugboat massacre, whereby the Castro regime murdered 37 innocent Cubans, including 13 women and 10 small children. To this day, we hear the echo of their screams.

2 thoughts on “Never Again: On the Cuban and Jewish Diaspora”