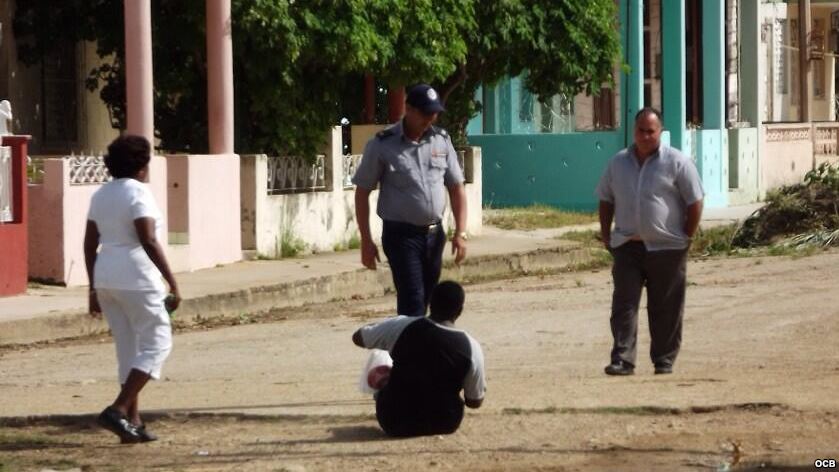 President Obama might consider his policy of appeasement towards Cuba’s apartheid regime as Hope and Change, but for the island’s peaceful dissidents, the only thing they have seen since Obama surrendered to the apartheid Castro dictatorship is Choke and Pain. For the 13th consecutive Sunday, Castro State Security launched another wave of violent repression against non-violent dissidents and the Ladies in White, a peaceful group of wives, daughters, mothers, grandmothers, and sisters of political prisoners. In all, more than 120 dissidents were violently arrested, victims of a regime that now has been assured the U.S. will look the other way when it violently quashes dissent, over and over again. ¡Gracias, Obama! 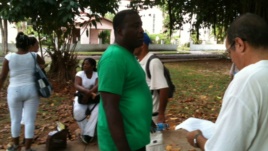 Cuban activist Jorge Luis Garcia Perez, “Antunez,” and other activists outside a Havana church on Sunday.

For the umpteenth Sunday in a row, the Castro police launched a wave of repression against opposition activists in Havana and elsewhere on the island. At least 110 members of the Cuban Damas De Blanco, or “Ladies In White,” and other activists and dissident were arrested, according to several reports from the island.

Among those arrested were the dissident artist Tania Brugera, who for several months has been prevented from leaving the island after she tried to organize an anti-Castro protest; the former political prisoner Jorge Luis Garcia Perez, “Antunez; and former Group of 75 prisoner of conscience Angel Moya and his wife Bertha Soler, leader of the Damas De Blanco.

No one should be surprised: A day earlier, secret policemen had warned several activists that they would not be allowed to march Sunday.