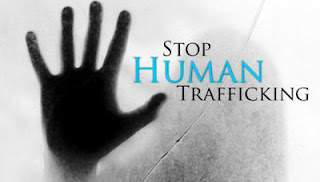 The Obama administration apparently is continuing to pay off the Castro regime for agreeing to normalize diplomatic relations by whitewashing the dictatorship’s record first on terrorism and now on human trafficking by the State Department is upgrading Cuba’s status after 12 years from tier 3 to tier 2 in its Trafficking in Persons Report. Melysa Sperber, director of the Alliance to End Slavery and Trafficking (Atest) expressed concern:

“We are very surprised by this year’s report, which seems to be making blatantly political decisions that we consider will have a really detrimental impact on both the integrity of the report and progress in the global fight to end modern slavery.”

Kimberly A. McCabe in her book “The Trafficking of Persons: National and International Responses” wrote the following on Cuba:

“Cuba is a source country for women and children trafficked for sexual exploitation and forced child labor and has been identified as a destination for sex tourism. Cuban adults and children are also trafficked for forced labor in commercial agriculture, such as tobacco farming. There are also reported cases of Cubans being trafficked to the United States for debt bondage. Cuba’s thriving sex trade caters to thousands of tourists every year from Europe, Latin America, and North America and involves not only the young boys and girls who are victims of abuse but also the state-run hotel workers, cab drivers, and police officers who may identify the commercial sex areas for those interested in participating in sexual exploitation. There appears to be little in terms of governmental help or nongovernmental organization initiatives to end human trafficking, especially sex trafficking, in Cuba. Again because of the closed nature of the government, the prevalence of human trafficking is unknown.”

The Castro regime has been directly linked to exporting slave labor to the Curaçao Drydock Company in a court of law (outside of Cuba) in 2008.Conditions inside of Cuba for workers are not much better.