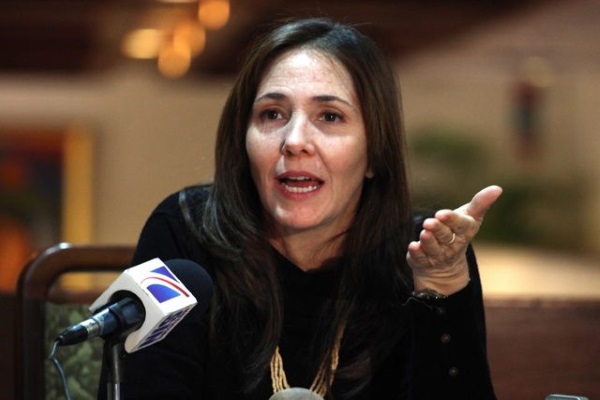 Cubanet, Manuel Alberto Morejon, Havana, 12 August 2015 – Haughtiness is sense of superiority that could cause one to be distant and contemptuous towards others, and even incite hatred.

Attorney Mariela Castro Espin, director of the National Center for Sex Education (Cenesex), deputy to the National Assembly of People’s Power and the eldest daughter of General President Raul Castro, in an interview with ABC about the Cuban opposition said, “They are little groups of ignoramuses who say things and travel all over the place.”

The current dissidence in Cuba is a segment of society, no longer as unpopular as in prior decades, who peacefully oppose the dictatorship established by Fidel Castro since 1959. While they do indeed think differently this should not be a reason for them to be discriminated against, much less is it a crime, and Attorney Mariela’s expression is not in accord with the political position she occupies in the national assembly, nor with our Constitution, which speaks in Chapter IV about EQUALITY:

ARTICLE 41. All citizens have equal rights and are subject to equal duties.

ARTICLE 42. Discrimination because of race, skin color, sex, national origin, religious beliefs and any other offense against human dignity is prohibited and punishable by law.

In a country with the Rule of Law Attorney Castro Espin could be subject to sanctions for violating Article 42 of the Constitution.

Manuel Alberto Morejon is an evangelical pastor and chairs the Christian Alliance Ministry in Cuba.

1 thought on “Reports from Cuba: Mariela Castro violates the constitution”