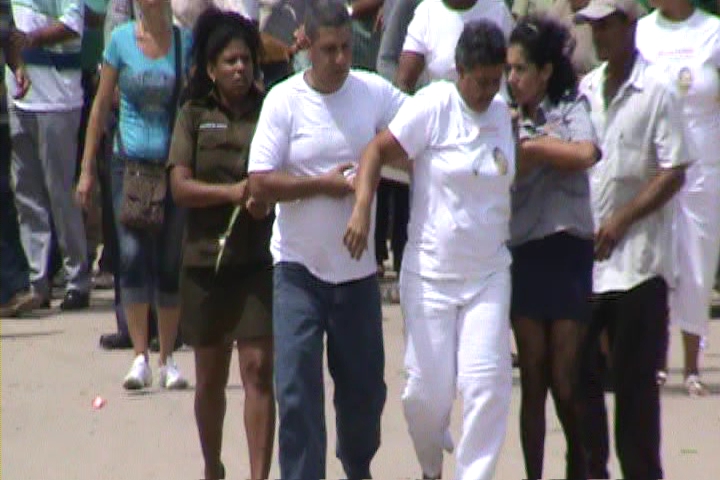 With President Obama safely in their back pocket, the apartheid Castro dictatorship truly has nothing to fear now. No matter what they do, no matter how violent and repressive they are, they know their guy in the White House is doing everything he can to open up the cash spigot into their Swiss bank accounts. Therefore, no one should be surprised that yesterday marked the 19th consecutive Sunday that Castro State Security thugs violently assaulted and arrested more than 60 peaceful human rights activists and dissidents, the majority of them defenseless women who are members of the Ladies in White.

More than 50 activists have just been violently assaulted and arrested on the 19th Sunday of repression.

For 19th Sunday in a Row, Over 60 Cuban Dissidents Arrested

Over 60 Cuban democracy activists were arrested today, as they sought to peacefully demonstrate after Sunday Mass.

Among those arrested were over 40 members of The Ladies in White, the renowned group composed of the wives, mothers, daughters and other relatives of Cuban political prisoners.

Meanwhile, silence from foreign news bureaus and no consequences from the Obama Administration.

This is “what change looks like” — more repression, silence and no consequences.