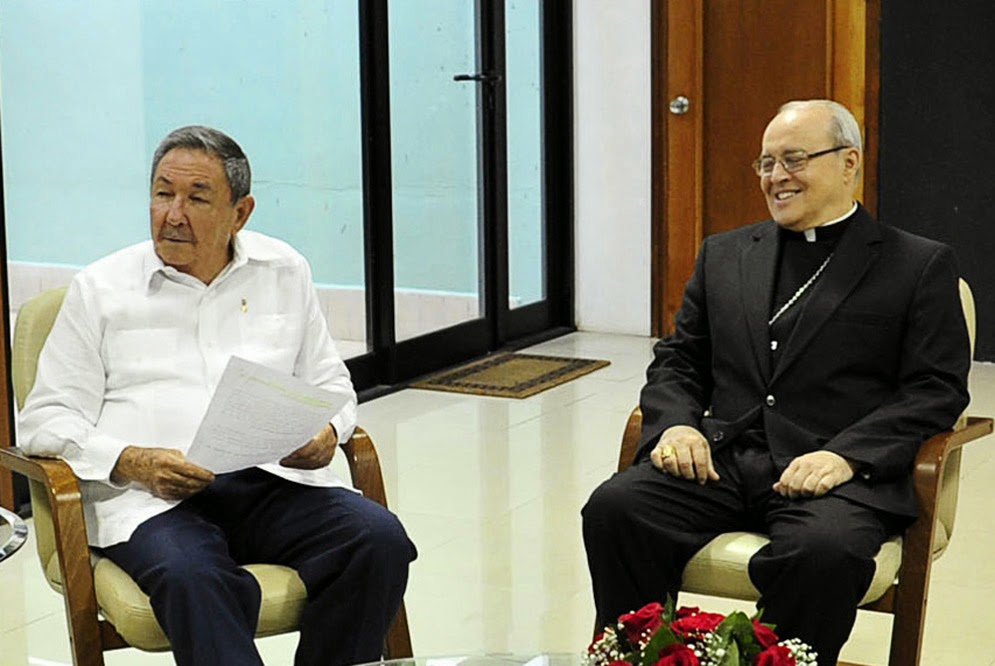 Are you still not convinced the leadership of Cuba’s Catholic Church is completely and diabolically corrupt? If so, ask yourself: What do you think Jesus would have done in this case?

Five Cuban democracy activists took refuge in the Cathedral of San Rosendo, a Catholic entity in the eastern province of Pinar del Rio.

They issued a video message calling for the respect of human rights and freedom for the Cuban people.

The activists warn the international community, including the Obama Administration, that there has been no real change in Cuba.

Finally, they ask for the support of Pope Francis, prior to his upcoming to Cuba.

In a shameful display, Catholic officials allowed Castro’s secret police to enter and forcibly remove the activists from the Cathedral.

The Bishop, Jorge Enrique Cerpa, even called them “counter-revolutionaries.”

Watch their video message below (or here):