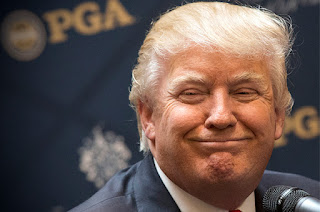 “The Univision News Poll, conducted by the independent research firm Bendixen & Amandi International with the Tarrance Group, shows that 7 in 10 Hispanic registered voters say they have an unfavorable impression of the New York businessman. Nine in 10 Hispanics say they have heard about Trump’s comments and, when read specific remarks, nearly 8 in 10 say they find them offensive.” (July, 16, 2015)

Oh!…and let’s not forget this other poll by the SAME outfit:

“A majority of Cuban-Americans SUPPORT the White House’s new policy toward Cuba, according to a new poll released Wednesday, with 51 percent saying they agree with President Barack Obama’s decision to begin normalizing relations with the country and 40 percent opposing. The poll was conducted by Bendixen and Amandi International.

But WAIT! There’s yet ANOTHER POLL! (and by yet another scrupulously non-partisan outfit!)

“A new Washington Post/ABC News poll released Wednesday finds that the real estate magnate is viewed unfavorably by 82% of Hispanics, with 68% feeling “strongly so.” Just 15% of those surveyed view Trump favorably.”

Oh!….and let’s not forget this poll from a few months earlier by this same outfit:

(“A December Washington Post-ABC News poll found nearly two-thirds (of Cuban-Americans) in support of establishing diplomatic relations with Cuba. And there was higher support for ending the trade embargo and lifting travel restrictions.”)

Some pics of Sergio Bendixen and Fernand Amandi with their clients other (than Univision:)

(For the benefit of our many and valued amigos who live actual lives outside the tiny Cuban-American informational ghetto: Though called a “polling firm” by the liberal media upon the multifarious feature of its “polls”, Bendixen & Amandi is actually a public relations agency for liberal Democrats which is very poorly-disguised as a polling firm. Besides Univison (which employs Jorge Ramos,) many other leftist outfits have hired Bendixen & Amandi, including all the lobbying outfits that greased the publicity skids and financed Obama’s surrender to the Castro regime. In fact, ALL Cuban-American lawmakers (national, state and even local) VEHEMENTLY oppose Obama’s Cuba policy. And these folks are obviously elected. But somehow Bendixen & Amandi always “finds” that most Cuban-Americans are absolutely smitten with Obama’s Cuba policy…Just so you know, amigos.)