Alfredo Jose Estrada in The Guardian:

Cuban Americans are critical of the pope’s role in helping the US and Cuba rekindle ties, because the Castro regime still lacks accountable governance 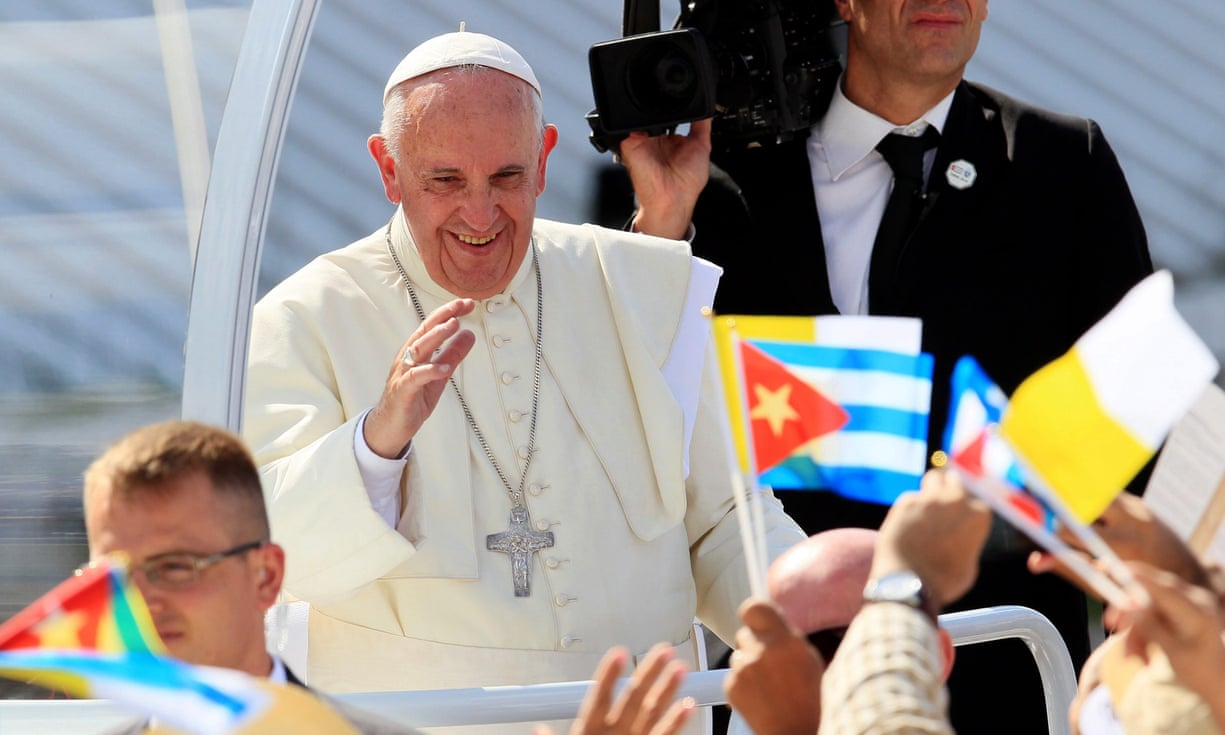 While Presidents Obama and Castro are treating Pope Francis’s first visit to Cuba like a diplomatic reaffirmation of US-Cuba ties, Cuban Americans see it quite differently than a chess move on the world stage. For us, it’s personal.

I was born in Cuba, and left with my family in 1961. My college-age sons, who are considering taking their junior year abroad in Cuba, wonder why this took so long. But for my parent’s generation, Obama’s reconciliation has been a bitter pill to swallow, and the pope’s role a betrayal, since most are devout Catholics. (Needless to say, they are also Republicans, with no love lost for the president.) For while Cuba and the US have re-established diplomatic relations, and Obama has eased travel restrictions there, Castro has done little in return, and the Cold War-era embargo remains firmly in place.

All of this was surely on the mind of Pope Francis – El Papa Francisco to Cubans – as he descended from an Alitalia jet onto the tarmac of Jose Marti International Airport. His zucchetto skullcap flew off in the wind, perhaps the only unscripted moment in the carefully stage-managed arrival, replete with telegenic young people and a goose-stepping honor guard. Castro’s soporific welcome condemned the embargo as “cruel, illegal, immoral and illegal”, and demanded the return of the US naval base in Guantánamo.

The pope didn’t indict the Cuban government in turn. In a subdued seven-minute speech, the visibly jet-lagged Pontiff, crucial to the re-establishment of US ties, thanked Raul as well as Fidel. He stressed the themes of peace and reconciliation, invoking José Marti, the iconic father of Cuban independence. If anything approached criticism, it was the pope’s remark that he spoke to all Cubans who could not be there, perhaps referring to exiles in Miami as well as dissidents on the island, and that Marti had opposed “dynasties”. But a Vatican spokesman quickly walked those comments back.