Freedom of Expression: A Change That Has Been Just Another Strategy 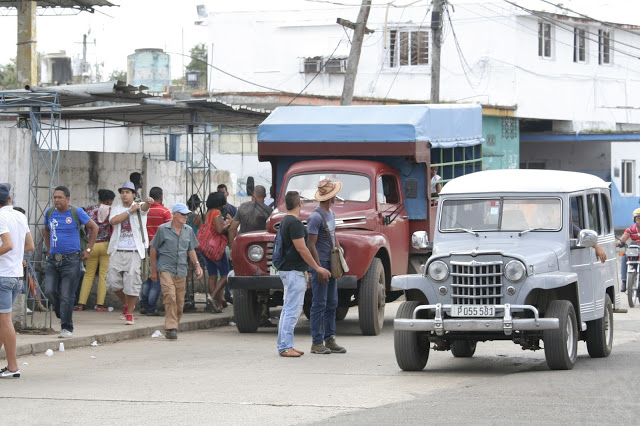 The flexibilities described by the Cuban government in recent years regarding freedom of expression constitute only a change in its political strategy, the objective being to improve its image before international public opinion and organizations that defend human rights.

Testimonies of various government opponents and independent journalists indicate that repression of their activities has not ceased, but rather that the methods used have evolved, becoming more subtle and imperceptible.

They differ from those in the now distant 1970s and 80s, when the dissidence (and even any person who would dare to express divergent ideas) was dealt a “strong hand.”

Currently, the Island’s independent journalists, as well as the organizations of human rights activists or dissidents, are in the midst of a psychological war waged by the State Security apparatus.

The most common tactics consist of weakening the opponents, attacking their weaknesses, psychologically torturing them as well as their families; carefully tracking all their steps, relationships, friendships, influences, and even their enemies—so as to cause them to be isolated from their families and suffer social and moral death.

This way, nobody can prove that the security forces are harassing them, being that on no occasion do the agents appear in their uniforms, nor can they be shown to be behind the actions they commit.

For these purposes, they rely also on technology, spying on and filtering emails, telephone calls and text messages, and mounting surveillance operations across the street from activists’ dwellings.

All of this goes on with no concern over operational costs, being that the Ministry of the Interior (MININT) and the Armed Forces do not answer to the public regarding their expenditures.

As journalists of the Hablemos Press Agency, we have not remained far from the war. My family has been threatened, stigmatized, and often coerced so as to instill fear and insecurity among all members.

The reality faced by dissidents and independent journalists is harsh in all senses of the word. But currently, in my opinion, there is something that without a doubt is a point in favor of the non-governmental organizations.

The desertions, violations of protocol, corruption, and fragmentation in its ranks have weakened the organs of State Security, revealing many of the obscure facets of this apparently solid institution.

This entity, also, suffers from the effects of the destruction of Cuban society, as is happening in the schools, state institutions, factories and high levels of government.

The infiltrated agents could not only exist among the ranks of the opposition. The accusations of actions, roundups, and names of covert operators are concrete proofs that show that even among the eternal faithful of the Homeland, Party and Revolution, there can also be stowaways in service to the Cuban dissidence.

When all is said and done, there is not one Cuban affiliated with Castroism, consecrated to the Revolution and the Party, who lives honestly off his salary and does not find himself forced to betray the laws and regulations imposed by the leaders.

The classic modus operandi of Joseph Fouché could be the description for many of those State Security agents, about whom it is easy to say, in Cuban style, that “they dance to whatever rhythm they are played.”

From its beginnings, the repressive machines of the government utilized one of the simplest and most decisive weapons to win a war: distrust. Thus could a group of dissidents be fragmented with just a simple salute from a police agent or a chief of security to those gathered at any spot in the neighborhood: an interesting strategy that bore fruit while it lasted.

While the covers are blown from the clandestine agents, the proofs of the presence of infiltrators can be seen everywhere. Videos of assassinations committed in Cuba for diverse causes, extracted from an exclusive MININT database by any one of its intrepid “followers” are now circulating hand to hand.

True democracy in Cuba is still very far away from those of us who suffer discrimination because of our firm stance before falsehood. Which shows that they repress us for defending the truth, because repressors defend the lie.