Man Jumps Fence at U.S. Embassy in Cuba, Handed Over to Regime 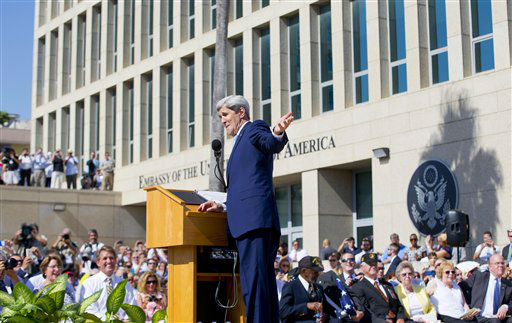 Cuban democracy activists report that a man jumped the fence at the U.S. Embassy in Havana yesterday, while yelling “Down With Raul!”

His name is Carlos Manuel Figueroa.

Upon entering the Embassy compound, Figueroa was handed over to Castro regime security officials, who proceeded to beat and arrest him.

He remains imprisoned at the police headquarters at Zapata and C Streets.

3 thoughts on “U.S. officials hand back dissident who jumped U.S. embassy fence in Cuba, is then beaten and arrested by Castro State Security”