It is amazing – if not nauseating – how the “intelligentsia” continues to revere and idolize a murderous and psychotic pig like Ernesto “Che” Guevara. 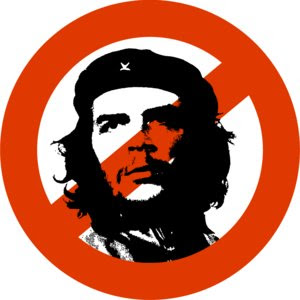 Ideas have consequences and those ideas are sometimes represented by iconic images. This is the case with the image of Ernesto “Che” Guevara and the philosophy of political action that he advocated and that others seek to emulate.  His claim to fame was the role he played along with Fidel and Raul Castro in installing a totalitarian communist regime in Cuba and attempting to spread this model using violent means in Africa and Latin America. Guevara was executed  summarily on October 9, 1967 in La Higuera, Bolivia after he and his band of guerrillas were captured trying to overthrow the government there and install a Castro style regime. His is a legacy of blood and terror that should be lamented not celebrated.

However the United Nations Educational Scientific and Cultural Organization (UNESCO) doesn’t see it that way and decided on June 18, 2013 to add “The Life and Works of Che Guevara” to the World Registrar. UNESCO is providing funds to preserve Che Guevara’s papers. Guevara in addition to promoting communist ideology, is best known as an advocate for guerrilla warfare who viewed terrorism as a legitimate method of struggle against an enemy. U.S. tax dollars are paying for some of this. As the world threatens to spiral down into more extreme violence, perhaps one should consider some of the messages UNESCO and U.S. tax dollars are paying for in promoting the writings of Mr. Guevara. The website I Hate the Media compiled ten quotes that reflect the overall thinking and legacy of the Argentine communist revolutionary.