Over and over again you hear the media and the “Cuba Experts” droning on about how monumental the economic “reforms” of Cuban dictator Raul Castro truly are. “Cuba is changing…” they gleefully sing to anyone who will listen. In reality, nothing has changed in Cuba and nothing will ever change there while the Castro-family dictatorship remains in power. 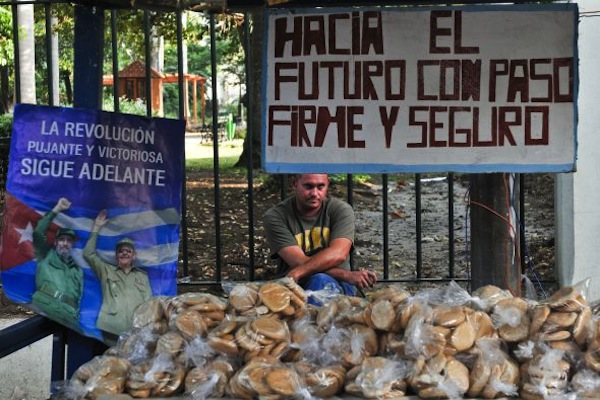 He was arrested three weeks ago, during which he has spent eight days on a hunger strike and been the victim of at least two violent beatings in prison.

Serrano Avila was a licensee who sold agricultural products from a kiosk. As he started participating in activities with UNPACU, he began suffering harassment, arrests and beatings at the hands of the Castro regime’s inspectors and security forces.

Pursuant to this latest arrest, for seeking to travel from Palm Soriano to Santiago to attend Pope Francis’ Mass, the Castro regime destroyed his kiosk and confiscated its goods.

Of course, none of this is new.

Despite what the Obama Administration and its allies purport — that “self-employment” licensees are a means of “empowerment” for the Cuban people — the fact is they require a stamp of political privilege, approval and obedience from the Castro regime.

In other words, they foment submission and control, which is partly why Castro created them during the 1990’s in the first place — to reign-in the widespread and uncontrollable black-market.