Configuration issue makes traffic slower traveling back to the island 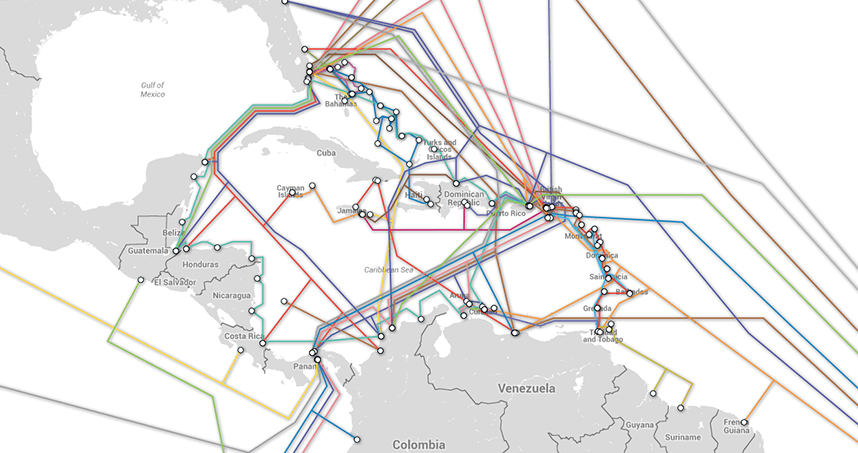 In December 2014, President Barack Obama made history by reestablishing diplomatic relations with Cuba, which included loosening its economic embargos. Two months later, American companies like Netflix and Airbnb announced plans to expand into the once-banned island.

“Our first reaction was: ‘Really?’” said Northwestern Engineering’s Fabián E. Bustamante. “As a business model, Netflix and Airbnb rely on most people having Internet access. That’s not quite the case in Cuba, so it really didn’t seem to make much sense.”

Wanting to see if these business ideas were feasible, Bustamante, professor of electrical engineering and computer science in the McCormick School of Engineering, and his graduate student Zachary Bischof decided to measure Cuba’s Internet performance. They found that Cuba’s Internet connection to the rest of the world was perhaps even worse than they expected.

Bischof will present their findings today, October 30 at the Association for Computing Machinery’s 2015 Internet Measurement Conference in Tokyo.

Cuba’s history with computing and Internet is a complicated one. Its citizens were not even allowed to own a personal computer until 2008. In February 2011, Cuba completed its first undersea fiber-optic cable with a landing in Venezuela, but the cable was not even activated until two years later. Today, about 25 percent of the population is able to get online and just five percent of the population has home Internet.

“For one, it’s much farther to travel,” Bischof added. “And the trip is on a very interference-rich environment, which include cosmic rays.”

Since March 2015, Bustamante and Bischof have been conducting measurements from a server in Havana to observe Internet traffic going in and out of Cuba. They measure the amount of time it took for information to travel in both directions, taking note of the paths of travel. In early results, the team found that information returning to Cuba took a much longer route.