Opinion: In Cuba the main form of ‘birth control’ is abortion, a sign spiritual poverty 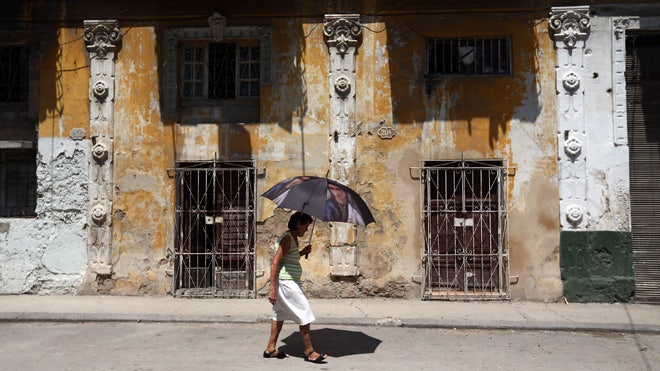 As a radiologist in Miami, working mainly with a lower income population, many of my female ultrasound patients are young women recently arrived from Cuba. It breaks my heart to meet these wonderful women with slightly tortured yet musical names starting with Y, such as Yunisleidys or Yosvaneisis. They have frightening termination histories. Some with over five or six abortions other with as many as 11 or 12.

This, to me, is not just a number, or the evidence of abundant “choice” and women’s liberation in Cuba. It is a sign of material, social, and spiritual poverty. Poverties that are willfully imposed on these women from above, by an oppressive patriarchy. The New York Times, interestingly, doesn’t see the connection.

In a recent article, the newspaper describes a demographic nightmare taking place on the little island nation. Watchers of the Pope’s outdoor masses may have noticed the dearth of children in the crowds. The fact is, women in Cuba have almost entirely ceased to give birth. In about 50 years, experts predict that over 40 percent of Cubans will be over 60.

Imagine that, in a country where buying an egg can be a four hour odyssey, most of that time spent standing in the brutal sun. Imagine that, also, where a “nursing home” is a dank and crumbling structure, and a patient’s room holds only a filthy cot and a bucket.

The main form of “birth control” is abortion, my patients tell me. Condoms and pills are hard to get, and they come and go according to the daily whims of the government. Abortion, on the other hand, is free, ubiquitous, and taught aggressively in state education as an action entirely devoid of moral meaning.

The Times mentions the high abortion rate, even referring to a woman who has had 10. In the article this is accompanied by giggles, oddly. This is nothing to giggle about. Strictly from a medical perspective, the number “10” in the abortion column indicates abundant opportunities for pelvic inflammatory disease, resulting infertility, and what has to be a huge (silent) number of potentially lethal complications like uterine perforation.

While the abortions are free, the chances that they are performed with aseptic technique and adequate instruments are nil, on an island devoid of aspirin.

1 thought on “Infanticide in Cuba: Abortion main source of birth control on the island”