The Washington Post’s chief Cuba correspondent Nick Miroff is married to an academic apparatchik of the Castro regime named Camila Pineiro Harnacker. She is the daughter of the founder of the Castro regime’s military intelligence and secret police services Manuel “Barbarroja” Pineiro. 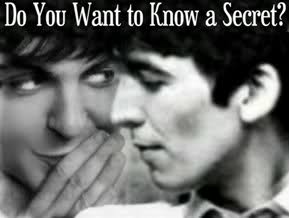 Imagine a major story in one of America’s top newspapers on an island in San Francisco Bay named Alcatraz.

Now imagine that this story omits mentioning a prison.

For tens of thousands of Americans an equivalent story was published in the Washington Post last week by its chief Latin American reporter Nick Miroff. The “in-depth” article featured an islet off the southwestern coast of Cuba called The Isle of Pines, which hosted the biggest prison/torture and forced- labor complex for political prisoners in the history of the Western Hemisphere.

Tens of thousands of American citizens of Cuban heritage had family members tortured there by Castro’s Stalinist regime. Some had their family members murdered there. Dozens of the surviving torture victims are U.S. citizens and live in the U.S. today. These heroes qualify as the longest-suffering political prisoners in modern history, having suffered prison camps, forced labor and torture chambers for a period three times as long in Castro’s Gulag as Alexander Solzhenitsyn suffered in Stalin’s (8 years.) Several of these prisoners are black Cubans who suffered longer in Castro’s prisons than Nelson Mandela spent in South Africa’s (27 years.) Their (genuinely) inspirational stories of survival against unimaginable odds during multi-decade terms of forced-labor and torture in Castro’s Gulag all began at the Isle of Pines’ Presidio Modelo. Had they been victims of anyone but Castro their names and stories would be household knowledge worldwide via the MSM, Hollywood and the chat-show circuit.

Instead, no reader of the “in-depth” Washington Post story would have the slightest clue about any of the above items.

We can’t be certain why, but one sticking point might be that most of these victims were sent to Cuba’s Isle of Pines prison/torture/ forced-labor complex on the orders of the man ( Manuel Barbarroja’ Pineiro) who would become father-in-law to the Washington Post’s Nick Miroff, the author of the story on the Isle of Pines, whose wife (Camila Nanacker Pineiro) remains an active apparatchik of Cuba’s Stalinist regime.

Entire story here from our friends at Frontpage Magazine.