Yesterday marked the 29th consecutive Sunday of violent repression in Cuba with over 200 human rights activists brutalized and arrested by the Obama-backed Castro regime. State Security thugs were dispatched yesterday to attack the peaceful human rights activists and some were actually stoned. All this for attempting to carry out their weekly peaceful protest march.

In response to this latest human rights atrocity by the apartheid Castro regime, the Obama State Department says: [insert sound of crickets chirping]

Green-Light for Repression: Over 200 Cuban Dissidents Arrested on Sunday 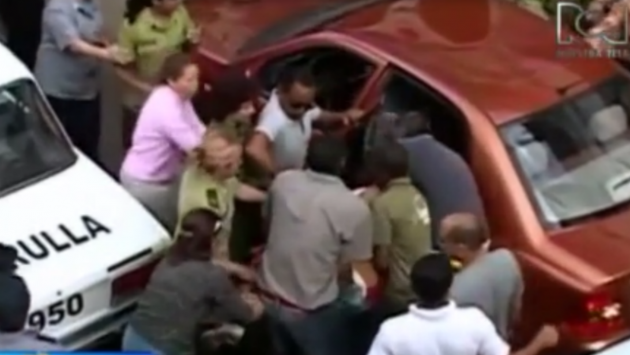 Last week, while encouraging U.S. businessmen to cut deals with the Castro dictatorship, Amb. David Thorne, senior advisor to Secretary of State John Kerry, stated in an interview from Havana:

“Let’s find out how we can work together and not always say that human rights are the first things that we have to fix before anything else.”

The Castro regime took this dangerous message as a (further) green-light for repression.

Over 200 Cuban dissidents were arrested on Sunday as they sought to peacefully demonstrate, pursuant to the #TodosMarchamos (#WeAllMarch) campaign.

In two particularly egregious cases, Castro’s secret police ordered local party officials to hurl stones at a group 30 dissidents in Palma Soriano, prior to their arrest. Among those seriously injured was Jorge Cervantes Garcia.

Meanwhile, in Havana, over 75 members of The Ladies in White — the renowned group composed of the wives, daughters, mothers and other relatives of Cuban political prisoners — were arrested.

In other notable cases last week:

— Cuban rocker Gorki Aguila was arrested for wearing an anti-Castro t-shirt, while he was being interviewed by two French reporters.

It’s “what change looks like” — not to mention Thorne’s irresponsibility — in Obama’s Cuba.