The irony: While American cruise lines jockey for position to be the first to take American tourists to frolic and enjoy the sights and sounds of misery and squalor in apartheid Cuba, one of those cruise lines ended up rescuing eight Cuban refugees who managed to escape the island prison on a makeshift raft.

Via The Daily Mail: 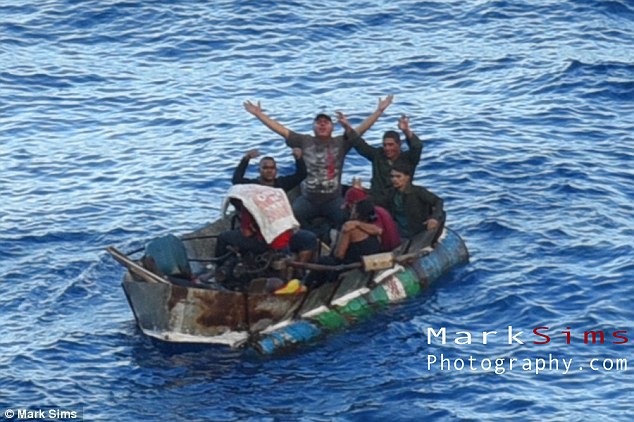 Eight refugees fleeing from Cuba were rescued by a Royal Caribbean cruise ship after they were spotted out at sea just before the sun came up on Sunday morning.

The refugees were floating on a row boat that appeared to be attached to barrels, with backpacks and paddles inside.

They were taken aboard the cruise ship aptly-titled Independence of the Seas until the US Coast Guard arrived and picked them up.

Passenger Mark Sims said that at first others believed the refugees were pirates trying to get on the ship.

This isn’t the first time a Royal Caribbean ship picked up Cuban refugees.

Just last month Freedom the Seas picked up seven Cubans who had been out in the ocean with only crackers and water for ten days.