Add $16 Billion to Obama’s Bailout of the Cuban Dictatorship 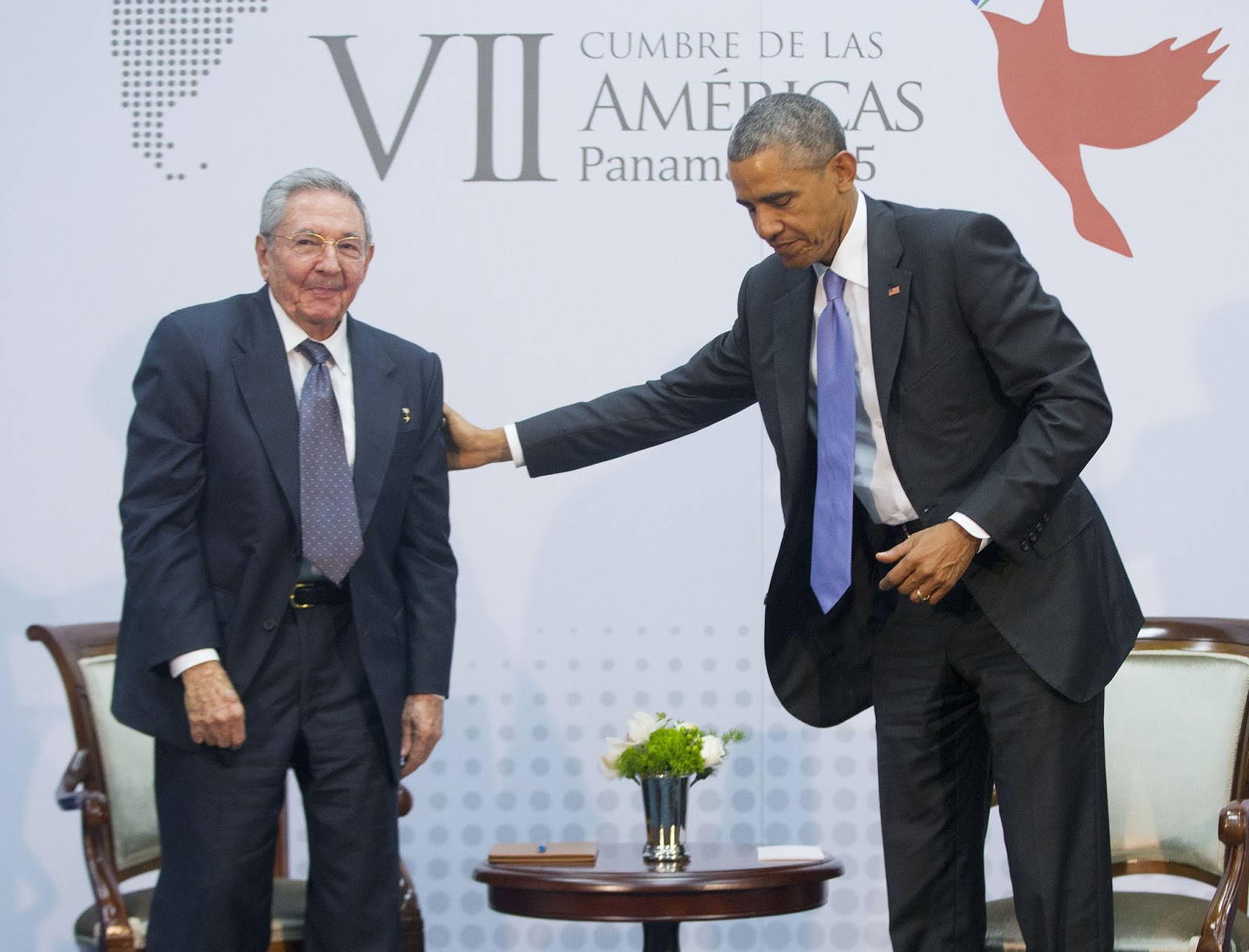 In the last five years, European and Canadian investors saw over $1 billion arbitrarily frozen in Cuban banks by the government, while the CEOs of various foreign companies with extensive business dealings with the Castro regime have been arrested. Some are still sitting in jail — without charges.

On December 17, 2014, Obama embraced the Castro dictatorship and gave it his official “seal of approval” — or (at best) that is how foreign investors have interpreted it.

Since then, the level of risk tolerance for business with Cuba’s dictatorship has dramatically risen, foreign tourist arrivals on the island have broken the three million mark and the red-carpet has been rolled out for Raul Castro from Rome to New York City.

(Meanwhile, repression in Cuba and refugee outflows have exponentially risen to historic levels — a damning corollary to note.)

Raul Castro went from a bankrupt dictator to one of Time Magazine‘s “100 Most Influential People in the World.”

Foreign creditors have also joined in Obama’s “celebration” of Raul.

Yesterday, it was reported that the Paris Club of creditor nations was close to finalizing a deal restructuring Castro’s $16 billion debt with the group.

The deal would “forgive” $11 billion of Castro’s debt, while the remaining $5 billion would feature “reinvestment” terms — meaning that it will be “paid” by Castro (on his terms) with the condition that it’s then “reinvested” into his military monopolies.

Again, why such generosity towards this repressive totalitarian dictatorship?

As Reuters explained, “most of the creditors are willing to show flexibility due to their increased interest in doing business in Cuba following the Communist-run island’s detente with the United States.”

Aw, that’s so nice — add $16 billion to Obama’s bailout of the Cuban dictatorship.

Can’t wait to be lectured by the Obama Administration about how this will “empower” and somehow “super-duper, trickle-down” to the island’s “cuentapropistas” — who sell chachkas with no property or contractual rights, nor have any right to engage in foreign trade and investment.