Silvia Iriondo, Cuban American human rights activist and president of Mothers and Women Against Repression, writes The Miami Herald to let them know that the 10 opportunistic businessmen looking to form business partnerships with Cuba’s apartheid dictatorship are not “fellow” Cuban exiles.

We are not “fellow” Cuban exiles 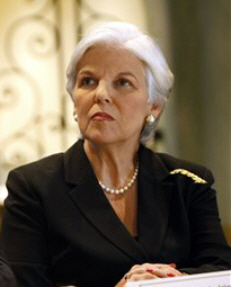 It is with great interest that I read the Dec. 20 full-page ad, An open letter to our fellow Cuban-Americans, which was paid for by Miguel “Mike” Fernandez and Carlos Gutierrez. In it, 10 members of the Miami community share personal experiences stemming from their recent visits to Cuba in order to, in their own words, “confront the myths that can only persist in the absence of first-hand knowledge.”

With all due respect, where have they been these past 56 years? If they are part of our community, they must have felt the pain of thousands of Cubans who were victims of arbitrary human rights’ violations by a regime intent on maintaining its grip on power via repression and terror.

If they’re part of our community, they must have heard about the extrajudicial killings of freedom-loving Cuban pro-democracy activists by the Castro regime.

If they’re part of our community, they must have witnessed men, women and children desperately trying to escape the island and risking their lives in order to provide a better future for their children.

If they’re part of our community, they must have had the opportunity to talk with former Cuban political prisoners who experienced the brunt of totalitarianism and live within our midst and to hear the suffering of Cuban families. They must have seen the images of Castro’s thugs beating defenseless women of the Ladies in White who march every Sunday to call for the liberation of Cuban political prisoners.

These are not myths. These are not things of the past, but of the present. While they travel for a brief time to allegedly see with their own eyes what they want to see, they conveniently turn a blind eye to the suffering of Cubans who live there and possess first-hand knowledge.

These gentlemen are not my fellow Cuban Americans.