Here is what Obama’s Hope and Change Cuba policy looks like on the island. Vladimir Morera Bacallao, one of the 53 political prisoners released by the apartheid Castro dictatorship in its one-sided deal with President Obama last December was quickly re-arrested, re-sentenced, and has been imprisoned ever since. Reports from Cuba now indicate that Morera Bacallao is near death and the Castro regime authorities were forced to transfer him to the ICU of the Santa Clara hospital. 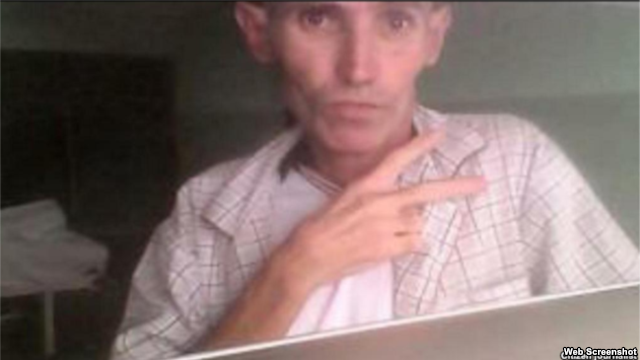 Cuban political prisoner, Vladimir Morera Bacallao, has been transferred to an intensive care unit in Santa Clara, where he remains in critical condition on the 75th day of a hunger strike protesting his unjust imprisonment.

He was one of the 53 political prisoners released as part of the Obama-Castro deal on December 17th, 2014.

He was imprisoned for placing a sign outside his home that read, ‘”I vote for my freedom and not in an election where I cannot choose my president.”

Last month, the Castro regime informed Morera Bacallao that he had been handed a new four-year prison sentence.

He has been on hunger strike since October 9th.

1 thought on “Hope and Change in Obama’s Cuba: Political prisoner in critical condition, near death”