Remembering on Christmas Eve those in prison for acts of conscience: A Call to Action

“Continue to remember those in prison as if you were together with them in prison, and those who are mistreated as if you yourselves were suffering.”- Hebrews 13:3

Prisoners of conscience are observing Christmas Eve in terrible conditions in China, Cuba, Venezuela, Vietnam, and many other places around the world. It is impossible to list them all here but it is important to remember them. Here are a few that represent the many who remain unnamed.

Nobel Peace Prize laureate Liu Xiaobo on Christmas day in Communist China six years ago today was being condemned in a show trial to eleven years prison. Two days prior he was able to make a final statement in which the nonviolent character of his struggle was made evident:

“I have no enemies and no hatred. None of the police who monitored, arrested, and interrogated me, none of the prosecutors who indicted me, and none of the judges who judged me are my enemies.”

He is still jailed today and has been detained for seven years. He is being punished for co-authoring Charter 08, a proposal for political and legal reform in China. Campaigns are underway around the world raising attention on his plight and calling for his freedom. His family has been blocked from visiting him. 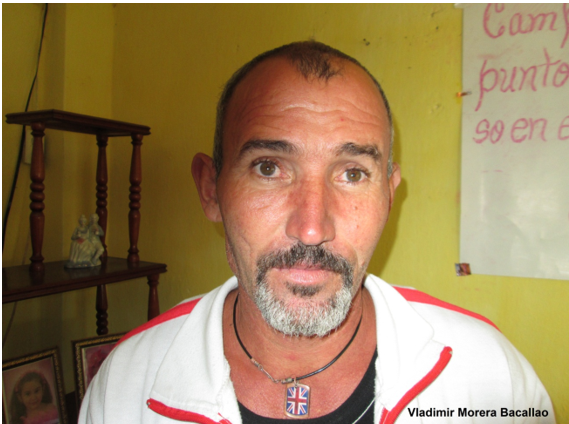 Despite the hype around U.S. – Cuba relations the human rights situation under the communist dictatorship of the Castro family remains bleak.  This Christmas finds several Cuban human rights defenders on hunger strike protesting their unjust incarceration and at least one who may not see the New Year. On December 17, 2015 the Cuban Democratic Directorate and the Assembly of the Cuban Resistance released an open letter to President Obama highlighting their concerns for the following imprisoned activists:

This December 10, 2015 – International Human Rights Day – more than 300 activists were arrested in Cuba. This continues a pattern of over 8,000 politically-motivated arbitrary detentions this year. Political prisoners continue to be unjustly jailed in Cuba. Some have responded to this injustice by declaring themselves on hunger strike leading to additional punishments by prison officials. Among these political prisoners, we are deeply concerned by the current plight of seven: Geovanys Izaguirre Hernandez and Laudelino Mendoza who have been imprisoned since November 6, 2015 for writing a sign that read, “We want change, and no more hunger;” Hugo Damian Prieto Blanco, who was detained on October 25, 2015 accused of charges of public disorder; Vladimir Morera Bacallao arrested and sentenced to four years in prison for writing on the wall of his home, “I vote for my freedom and not in elections where I cannot elect my president,” he has been on hunger strike since October 9th demanding his freedom; also, on hunger strikes since December 1, 2015, Felipe Martínez Companioni and Alexander Palacios Reyes, jailed for handing out human rights fliers; and Javier Jouz Varona since December 14, 2015 when he was imprisoned for carrying out opposition activities in the streets.

On December 22, 2015 Radio República reported that Cuban political prisoner Vladimir Morera Bacallao had been “urgently” transferred from Guamajal prison to “Arnaldo Milian” provincial hospital in the city of Santa Clara in serious condition and he was placed in intensive care.