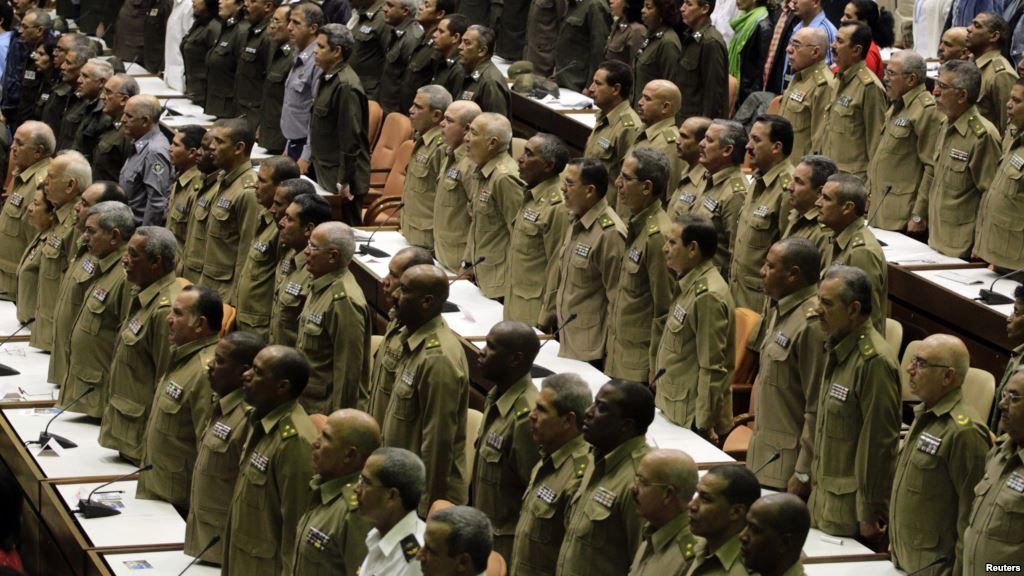 It makes the point how despite Canadian tourists forming nearly 50% of visitors to Cuba, they have very little commercial presence in the island’s tourism sector.

One academic poses the question, “Why aren’t there more Canadian infrastructure companies, more interests, given that there are more than one million Canadian tourists?”

First, this further proves how the talking point about U.S. companies “missing opportunities” in Cuba is a farce.

(Click here for more statistics that contradict this favorite talking point by Castro’s lobbyists in D.C.)

But the biggest problem is highlighted throughout the article — the lucrative tourism industry in Cuba is controlled by Castro’s military.

And they aren’t letting go, as monopolists never voluntarily do.

The article makes it clear — “All major tourist facilities, retail chains, gas stations, telecommunications, rental cars and import companies remain in the control of the government, usually through the military.”

As for existing minority ventures with the Cuban military, it’s clear who calls the shots:

“Guy Chartier, who is CEO of Wilton Properties, the Cuba branch of Montreal’s Dundee 360 Real Estate Corp., said there has been a significant overall shift in tone from government in the past year. His company was invited by the military, which controls tourism ventures, to more than double the size of its resort project at Jibacoa, midway between Havana and Varadero – the new plan covers more than 3,200 acres – and urged to accelerate construction of their 350-room hotel in Havana.”

And they have one goal — to remain in power:

“[Y]ou have to have relationships of trust with people in the regime, said [Canadian lawyer] Gregory Binioswky, who has lived in Havana for more than 20 years. ‘Forget your Harvard Business School ideas: You can come to Cuba with the biggest idea and pool of capital but if they don’t see it as in their interest…I tell all my clients, Cuba is not an investor-friendly government. There is a daunting bureaucracy. There are non-economic policies that have an impact on the economy.'”

Thus, it defies common sense and logic to believe that feeding billions to Cuba’s tourism industry, which represents the Cuban military and intelligence service’s main source of income, will somehow weaken the Castro regime.

To the contrary — the Castro regime has overwhelmingly gamed it to its favor, while the Obama Administration plays right into their hands.