For a President who is hell bent on restricting the 2nd Amendment and the legal access law-abiding Americans have to guns, it sure seems he is perfectly fine allowing enemies of America illegal access to guns and weapons of mass destruction.

Why Obama Allowed Cuba to Get Away With Illegal Weapons Smuggling 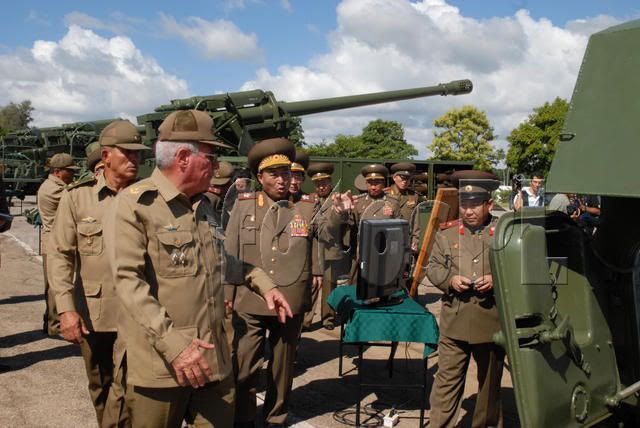 A few weeks ago, a Singapore court (finally) ruled against a shipping company, Chinpo Shipping, for illegally smuggling 240 tons of weapons from Cuba to North Korea in mid-2013, in violation of U.N. Security Council resolutions.

To date, the only entity that has not been sanctioned for the largest weapons cache ever intercepted to North Korea, in violation of U.N. Security Council resolutions, was its central player — the Cuban military.

As a matter of fact, this weapons cache is the largest known shipment to have ever been serviced through the new Port of Mariel (owned by the Cuban military), which is today heralded by Obama Administration officials and unscrupulous businessmen alike.

To make matters worse, the Cuban military even refused to cooperate or provide any information to the U.N. Panel of Experts that was tasked with investigating this sanctions violation — and faced no consequences whatsoever.

Because White House official, Ben Rhodes, was too busy ‘negotiating’ a one-sided deal with Raul Castro’s son, Col. Alejandro Castro, and didn’t want to upset his new partner in the talks.

Instead, the Cuban military (sorry, “the Cuban people” — wink, wink) is being rewarded with billions for its tourism and telecom monopolies by the Obama Administration.

Such impunity is why in March 2015, another illegal shipment of weapons was caught being smuggled by the Cuban military — this time through Colombia. That, too, ended up at the Port of Mariel.

Image below: Cuban and North Korean military officials on a shopping spree.

A district court in Singapore on Monday found Chinpo Shipping, a company implicated in an illegal shipment of arms on a North Korean container ship, guilty of two criminal charges.

Singapore-based Chinpo Shipping Company (Private) Ltd had been charged by the city-state for transferring financial assets or resources that could have been used to contribute to North Korea’s weapon programs, which are subject to U.N. sanctions.

Chinpo Shipping was named by a U.N. report as helping arrange the shipment of Cuban fighter jets and missile parts that were bound for North Korea when they were seized in Panama in 2013.