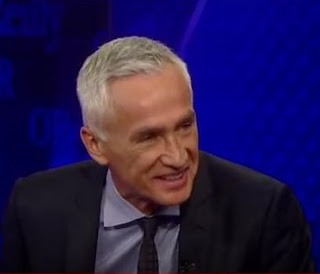 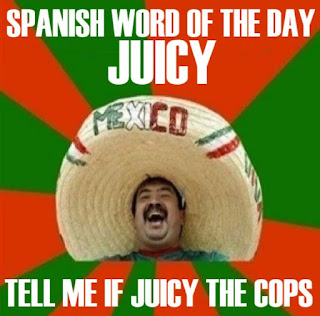 “Of course, most incomprehensible for many Hispanics is that the two Latino candidates, Marco Rubio and Ted Cruz, have taken such a harsh stance against immigrants who are here simply because they’re doing the jobs that Americans won’t do.

Rubio and Cruz are struggling to see who can demonstrate the harshest opposition to offering undocumented immigrants a path to citizenship. Simply put: Rubio and Cruz don’t want new immigrants to have the same opportunities that their own parents had…There is no greater disloyalty than the children of immigrants forgetting their own roots. That’s a betrayal.”

Can we talk? In brief: Why do so many residents of the former Spanish Empire flock to the U.S.?

In fact, South and Central America had (and have) more natural resources than does North America. So why do “Hispanics” or “Latinos” or whatever the hell you wanna call ’em continuously flock into North America for jobs, for prosperity–in brief: for the pursuit of happiness?

The Rule of Law and individual liberty, that’s why. They’re not very good at that sort of thing in Spanish-speaking nations. One of the Spanish Empire’s most famous aphorisms regarding its administration   helps explain the issue: “obedezco pero no cumplo.” (I obey but don’t comply. )

In brief : the Rule of Law doesn’t mean the same thing in Latin America as it does in the Anglosphere. Oh sure, most “Hispanic” nations have absolutely lovely constitutions, many of them modeled on our own. It’s following the letter of their laws that proves damn near impossible down there. For instance:

You can make a good case that Batista’s 1952 coup was actually good for Cuba–economically-speaking. But it was still illegal. Maybe without the coup things would have turned out better in the long run?…I know…I know! We could get on this for HOURS! But bandwidth issues restrain us. Whatever. It’s hard to say for sure.

For all I know, Cruz and Rubio are oblivious to the phrase “obedezco pero no cumplo” and its historic ramifications for the fortunes of Latin American societies. But Jorge Ramos’s seems furious that these Republican candidates propose to uphold U.S. law. Where Jorge Ramos writes “immigrants,” constitutionalists properly see lawbreakers, criminals. Genuine immigrants follow U.S. law–as did Cruz and Rubio’s parents. Ramos makes no distinction between them and lawbreakers.

(For the sake of this discussion let’s defer a discussion of Rubio’s actual record on this issue and stick to Jorge Ramos claims that–based on his recent campaign declarations–Rubio’s position is identical to Cruz’.) 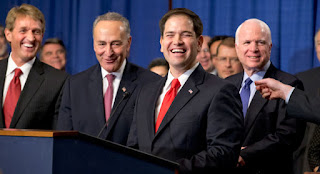 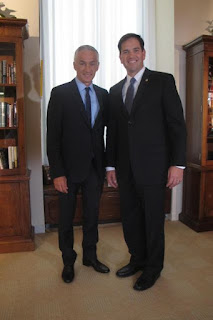 Trump had his goons pounce on Ramos and boot him from one of his speeches like a filthy wino who snuck into the building from a back alley through the service door.

Yet Ramos treats Rubio no differently from Trump–worse, actually: Trump’s a simple “bigot,” whereas Rubio’s a reprehensible “traitor!”