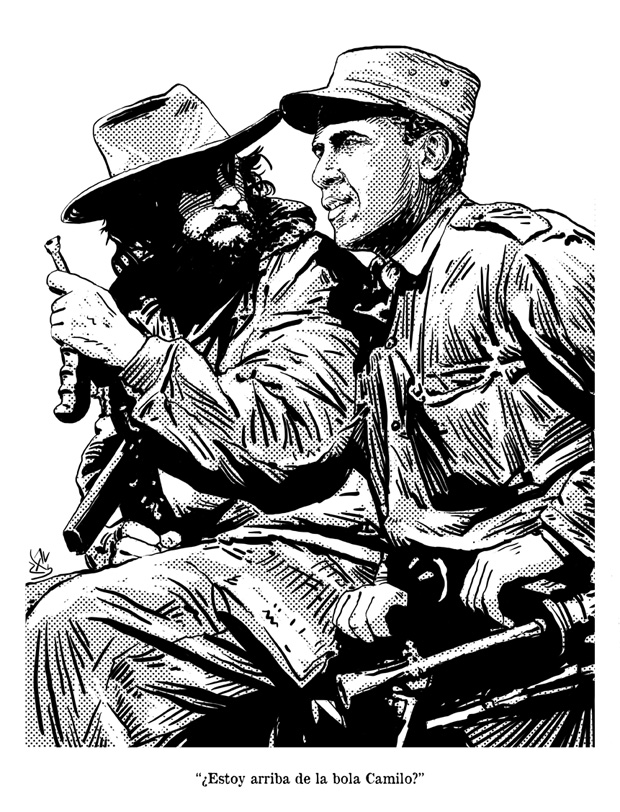 Elliott Abrams in the Council on Foreign Relations Pressure Points:

In previous posts I’ve argued that President Obama’s “opening to Cuba” gave the Castro brothers everything they wanted and got nothing for the United States–or for Cubans struggling peacefully for human rights and democracy.

But I didn’t know the half of it. Today The Wall Street Journal reports as follows:

An inert U.S. Hellfire missile sent to Europe for training purposes was wrongly shipped from there to Cuba in 2014….

For more than a year, amid a historic thawing of relations between the U.S. and Cuba, American authorities have tried to get the Cuban government to return the missile….

Hellfires are air-to-ground missiles, often fired from helicopters. They were first designed as antitank weapons decades ago, but have been modernized to become an important part of the U.S. government’s antiterrorism arsenal, often fired from Predator drones to carry out lethal attacks on targets in countries including Yemen and Pakistan….

U.S. officials worry that Cuba could share the sensors and targeting technology inside it with nations like China, North Korea or Russia….

So let’s review the bidding.

A Hellfire missile that could be of great value to Russia, China, North Korea gets to Cuba. We ask for it back. The Cuban regime says, in effect, drop dead. All the while we are negotiating with Cuba over an end to the embargo, much increased travel and investment and trade, and an opening of diplomatic relations. Do we say “hold on, we are ready to go but will not take those steps until we get the missile back?”

Of course not. Not in the Obama years, when the ideological goal of warming up to the Communist regime in Cuba takes precedence. This is a  legacy item, after all, like the Iran nuclear deal. So now Fidel and Raul have the trade and the investment and the tourists and the U.S. embassy–and the missile.

One can only imagine the conversations inside the Cuban regime, when some fools argued that to get the Obama deal done they would have to give back the missile. Raul and Fidel knew better: nothing would stop Obama from going forward if only the American prisoner, Alan Gross, were freed.

And so it was.

And what are the chances that the Castros have not shared the Hellfire with Moscow? Zero.