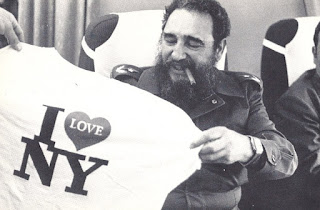 Here’s some scenes from Fidel Castro’s visits to New York (Manhattan) in 1996 and 2000.  Only the ticker tape parade was somehow missing.

(Fidel overcome by the adulation of his many, many New York fans)

(Even New York’s Finest couldn’t resist mugging with the Stalinist who came within a hair of nuking their city. Charlie Rangel?….well you KNEW that!)

(Fidel feted by the Wall Street Journal–a VIP luncheon in honor of the Stalinist who abolished Cuban private property and TWICE tried to incinerate and entomb everyone in that ritzy Manhattan banquet hall. And that’s a smitten David Asman of Fox Business craving an autograph from the Stalinist who abolished Cuban private property, stole $7 billion from U.S. businessmen at Soviet gunpoint and tortured and murdered several U.S. citizens who resisted his burglary.)

“The Toast of Manhattan!” crowed Time magazine regarding Fidel Castro’s reception by Manhattan’s beautiful people on the Communist mass-murderer’s visit to New York in 1996.

“The Hottest Ticket in Manhattan!” also read a Newsweek story that week, referring to the social swirl that engulfed Castro in New York by the Manhattan media luminaries who barely escaped incineration by his hand.

First, there was a luncheon at the Council on Foreign Relations. After holding court there for a rapt David Rockefeller, along with Robert McNamara, Dwayne Andreas, and Random House’s Harold Evans, Castro flashed over to Mort Zuckerman’s Fifth Avenue pad, where a throng of Manhattan glitterati, including Mike Wallace, Peter Jennings, Tina Brown, Bernard Shaw, and Barbara Walters all jostled for a photo-op and stood in line for Castro’s autograph. Diane Sawyer was so overcome in the mass-murderer’s and warmonger’s presence that she rushed up, broke into that toothy smile of hers, wrapped her arms around Castro and gave him a warm smooch on the cheek.

“You people are the cream of the crop!” beamed the Stalinist/terrorist to the smiling Manhattanite throng he’d come within a hair of nuking.

“Hear, hear!” chirped the delighted Manhattanite guests, while tinkling their wine glasses in honor of the smirking agent of their near vaporization. 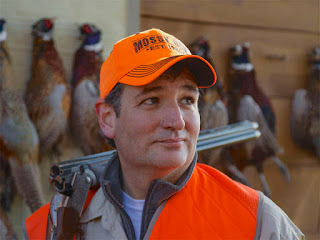