I am not sure how much more the Cuban people can take of Obama’s Hope and Change. 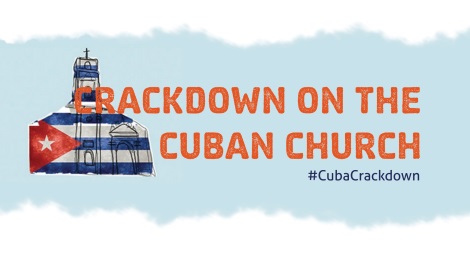 An unprecedented crackdown on churches across the denominational spectrum in Cuba in 2015 has fueled a spike in reported violations of freedom of religion or belief (FoRB), according to a new report by Christian Solidarity Worldwide (CSW).

Figures compiled by CSW, which are not exhaustive but which serve as an indicator of the level of FoRB violations, reveal a tenfold increase – with 2,300 separate violations recorded in 2015 compared to 220 in 2014. Many incidents involve involved entire churches or, in the case of arrests, dozens of victims. A digital illustration by CSW highlights the crackdown on churches in Cuba.

The spike in cases was largely due to the government declaring 2,000 Assemblies of God (AoG) churches illegal, ordering the closure or demolition of 100 AoG churches in three provinces, and expropriating the properties of a number of other denominations, including the Methodist and Baptist Conventions. Legally registered and unregistered religious groups across the denominational spectrum reported varying degrees of hostility from the government.

According to the report, “the consistently antagonistic relationship” between Caridad del Rosario Diego Bello, director of the Office of Religious Affairs (ORA), an arm of the Central Committee of the Cuban Communist Party which oversees religious affairs on the island, and the leadership of many religious groups, “is evidence that the office exists solely to monitor, hinder and restrict the activities of religious groups.”

In 2015, the ORA continued to deny authorization for a number of religious activities and in cooperation with other government agencies, issued fines and threats of confiscation to dozens of churches and religious organizations. The ORA also sanctioned the arbitrary expropriation of historic, registered church properties and the actions against the AoG churches.

CSW’s report also highlights “more brutal and public tactics” being employed by government agents than were witnessed in the first decade of the millennium.

1 thought on “Hope and Change in Obama’s Cuba: 2015 sees tenfold increase in religious persecution on the island”