The similarities between the White House’s policies toward Cuba and Iran should come as no surprise.

But when the two “negotiations” are compared side by side — along with the White House rhetoric — the similarities can seem shocking.

Even a cursory glance at these similarities can lead one to believe that the White House is deliberately crafting a foreign policy that intentionally favors the strengthening of repressive anti-American regimes.

The only significant difference is the fact that American tourists aren’t flocking to Iran.

But wait.  It won’t be long before they start building apartheid beach resorts, just like the ones owned by the Castro dynasty.

Only fawning acolytes of the current occupant of the White House would dare lie through their teeth and say his Simpsonesque D’oh-style foreign policy is a success.

No, Iran is not ‘opening up’

Sanctions have been lifted on Iran, and a moment of change has arrived.President Obama has called this “a unique opportunity, a window, to try to resolve important issues.” The brilliant ex-diplomat Nicholas Burns has saidwe are at a “potential turning point in the modern history of the Middle East.” And of course they are right. The diplomacy of the Middle East will now change, for better or for worse, forever.

But be very wary of anyone who claims anything more, and certainly be careful of anyone who claims anything more for Iran itself. President Hassan Rouhani is not Mikhail Gorbachev, and this is not a perestroika moment. Iran is not “opening up” or becoming “more Western” or somehow more liberal. Maybe Iran’s foreign minister will now pick up the phone when John Kerry calls. But other than that, the nature of the Iranian regime has not altered at all.

On the contrary, the level of repression inside the country has grown since the “moderate” Rouhani was elected in 2013. The number of death sentences has risen. In 2014, Iran carried out the largest number of executions anywhere in the world except for China. Last year, the number may have exceeded 1,000. Partly this is because Iran’s chief justice has boasted of the eradication (i.e., mass killing) of drug offenders, many of whom are juveniles or convicted on dubious evidence.

Political pressure and religious discrimination have increased, too. Women who don’t wear veils are still vulnerable to arrest and sentencing. The penalties for apostasy, adultery and homosexuality are still high, up to andincluding capital punishment. Cultural dissidents are under pressure, too, even more so since the sanctions-lifting deal was announced. On Jan. 7, the poet Hila Sedighi was arrested after landing at Tehran airport and detained for 48 hours, presumably as a warning. In October, a Kurdish filmmakerreceived six years and 223 lashes for “insulting the sacred.” When five Americans were released from Iranian prisons this month, the International Campaign for Human Rights in Iran noted that many other political prisoners, including some foreigners, remain in Iranian prisons. 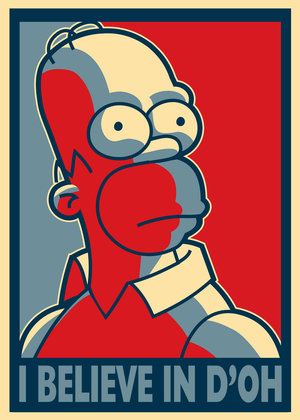