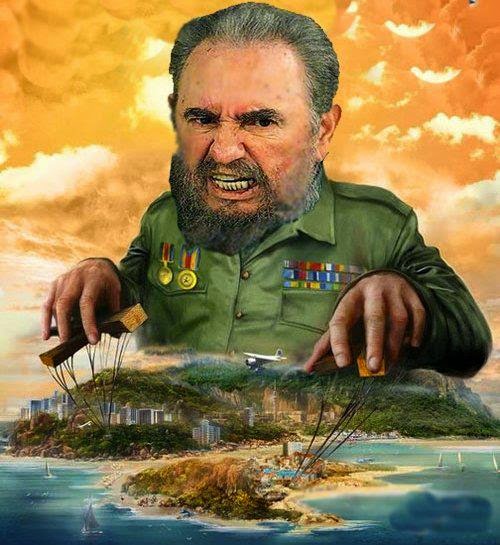 Economic freedom in Cuba in early 2016

The Economic Freedom Index has just been published, put out each year by The Heritage Foundation in collaboration with the The Wall Street Journal. This index is used to compare the degrees of economic freedom in 178 countries or economies around the world, organized by the levels reached in each. In first place stands Hong Kong with the highest degree of economic freedom, followed by Singapore, New Zealand, Switzerland and Australia. Further down the list, Cuba ranks 177, just above North Korea, which comes in dead last, and below Venezuela, which appears in the antepenultimate position. The United States has been deteriorating in recent years, occupying 11th place, behind Canada, Chile, Ireland, Estonia and the United Kingdom.

The index is calculated using data covering until the middle of last year, and factors in ten forms of economic activity measuring degrees of freedom in aspects that are essential to any economy. These variables include the prevalence of property rights in a state that respects the rule of law, freedom to trade and to establish and operate businesses, and the freedom to take or create jobs and engage in financial activities. It is important to note that the index does not address the political freedoms of the societies studied.

Noting the ranking of countries, one quickly observes that those with the greatest economic freedom tend to be the most prosperous. This correlation is not perfect, but it is indicative of the supreme importance of economic freedom for the prosperity of nations. The index for each economy is published separately and is accompanied by an indication of improvement or deterioration from the previous year. Cuba, for example, appears with a marginal improvement of  +0.2, surely due to the few and precarious degrees of freedom granted in terms of self-employment and small businesses, while Venezuela registered a -0.7 drop, reflecting the worsening economic conditions in that country.

What prevents the Cuban Government from granting economic freedoms, whether under Raúl or Fidel, rather than the prevailing politics or ideology, is its imperious insistence on managing the country’s affairs as if Cuba belonged to them. Under such extreme conditions, where not even the Communist Party is free to effectively participate in the country’s politics, the level of economic freedom in Cuba remains very low and, therefore, so does its level of economic activity. On top of this, the fact that, despite their reformist models, Vietnam and China rank 131st and 144th, respectively, on the Indexshows how difficult it is to increase economic freedom when countries are ruled by monarchies or oligarchies.