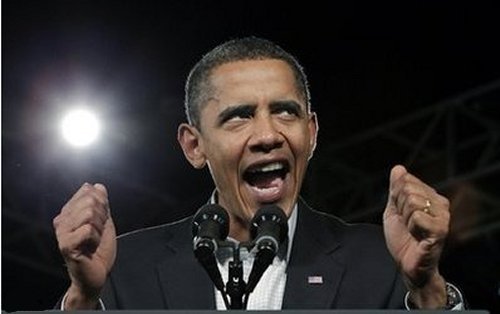 The Coronation Visit seems to be attracting more criticism than any other act in the Normalization Circus.

Thanks be to God, and to common sense.

Here is one of the latest salvos.

The sad spectacle of Obama’s upcoming trip to Cuba

If President Obama had called a meeting after his re-election and asked his advisers what he could do to strengthen the Castro regime during his last four years in office, I don’t think the administration would have done anything different. It is a sad realization, but it’s something of a fitting piece to the end of the Obama presidency that the president is giving a helping hand to one of the last and most brutal communist regimes in the world. And in Cuba, what is good for the regime is bad for the people. There is no argument to be made that Obama’s gifts to the Castro regime have produced any dividends that have benefited the Cuban people – or, for that matter, Americans. Isn’t American foreign policy supposed to protect American interests first and foremost?  How is it that strengthening the Castro regime is good for Americans?

Experts who have followed Cuba and Latin American policy almost universally denounce the president’s unilateral actions in normalizing relations with Cuba. And Cuban dissidents privately say they have given up on America because America has obviously given up on them. If there are any doubts, the coup de grace will be delivered when the President of the United States lands in Havana and lends our country’s credibility and stature to the murderous Cuban regime. Just picture President Obama solemnly reviewing Cuban troops and walking the red carpet in tribute to the Cuban military, the enemy of freedom around the world and the instrument of the Castro regime’s callous murder of thousands as they have tried to flee from oppression.

Again, it’s a sad spectacle and it’s too bad it’s not a more vivid part of the 2016 presidential campaign. The candidate with the most informed view on the Cuban regime and U.S. policies toward Cuba is probably Jeb Bush, yet he has obviously struggled with message delivery. Donald Trump, although he says he would (of course) have “made a better deal,” virtually echoes President Obama’s approach to Cuba. Perhaps you can excuse Trump because he is ignorant, but President Obama and his advisers have affirmatively embraced an enemy of America. He has empowered those who brutalize their own people and given a helping hand to a country that has been an infection in the region for decades. President Obama has single-handedly prolonged the Castro regime’s rule and probably made it more certain that they will be able to orchestrate a transition to their own liking, which means there is no end in sight to the brutality and the instability that they have wrought.